Get back at Jimmy for making crude jokes (succeeded).

Avoid from being killed by Jimmy (failed).

Brett is the main antagonist of the Creepypasta, LIARS.

He was a ringleader of the bullies who resents Jimmy for making crude and unfunny jokes and is responsible for turning him into what he has become by throwing an acid into his face and leaving it to be burned. Unfortunately, he eventually met his demise when his friends got killed by Jimmy and he was the last one to be killed by getting burned by an acid.

Brett was the ringleader of the group of bullies and is one of the people who resents Jimmy for his wise cracks. One day, he and the other kids had enough of Jimmy and corned him after school. He then dragged him in the science room and threw a formic acid on his face which caused his face to be burned and scarred horribly. When the paramedics arrived to help Jimmy and the principal asks what happened, Brett lied that Jimmy did it to himself and they were tried to help him with his friends supported him. The principal believed them and let them off the hook. However, Jimmy was horrified that Brett and the others got away with it and planned to get revenge on them by murdering them, one by one.

That weekend, Brett received a video tape from a mail and played it. When he watched the video, he was horrified that his friends were killed by Jimmy in a gruesome manner. Terrified, Brett fearfully tries to run away but only for him to be tripped by Jimmy. He then fearfully looking at his sick, twisted face of Jimmy and heard the word "LIARS" from his mouth before he pours acid all over Brett, killing him. 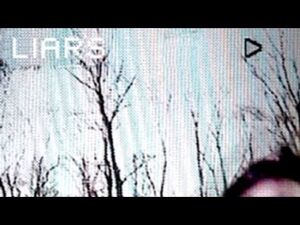