Cure himself of his mutation (succeeded).

Destroy the hero's Zevo-3
Rid his city of mutants

Brett Ronson III is one of the main antagonists of the Nicktoons TV series Zevo 3.

After Footville was destroyed by an outbreak of a mutagenic substance known as the Zevo Compound, an industrialist took it upon himself to rebuild the city in his own vision. The residents of New Eden City see Ronson as a philanthropic city-planner, but he is, in fact, a highly charismatic megalomaniac, obsessed with building the perfect community.

His vision of a "perfect community" is clean, without crime, poverty or dissent. To enforce his vision, he controls the police, and maintains an army of a troop called "The Brute Squad." Both are equipped with powered armor-suits.

He is also obsessed with eradicating the mutant blight. This is made disturbing because he is a self-loathing, (literal) two-faced mutant. Although they - Brett Ronson and "Mutant-Head" - interact like two people bound to the same body, they are of one mind with a split-personality. 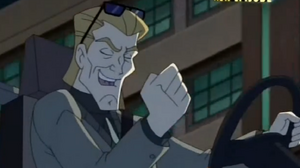 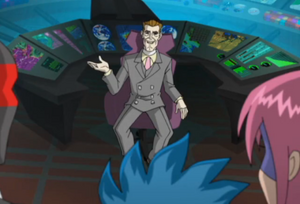 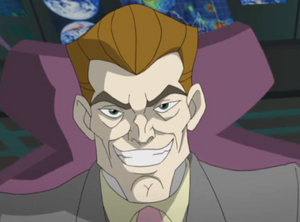 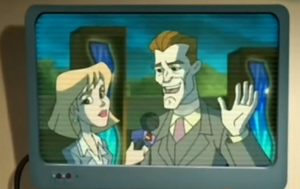