Support The Colonel
Seceed From America

Undercover Agent
Brian is a one-time villain from the Rooster Teeth animated web series, Camp Camp, only appearing in the episode "Foreign Exchange Campers". He is a Kentucky-born terrorist, who stole money from Camp Campbell to give to his great leader, known only as "The Colonel".

He was voiced by SungWon Cho, better known as ProZD on Youtube and Vine.

In "Foreign Exchange Campers", a slew of new foreign exchange campers came to Camp Campbell. Vera, Hwan, Dang, and Brian. All of which were Asian-born undercover terrorists, except for Brian, who was actually just a normal Asian-American boy, who was born in Kentucky. Despite being a normal, all-American boy who spoke fluent English and meant no harm, Nurf still acted very racist and condescending toward him, addressing him as Kimchi and treating him like a helpless foreigner, who knew nothing about the real world.

Throughout the episode, it was made very obvious that Vera, Hwan, and Dang were all undercover agents, who worked in cahoots with each other, in a plan to exact revenge on Cameron Campbell for the terrible things he did to their respective countries. They held Max hostage so that he could help them find his money so they could steal it. Meanwhile, Brian just stood around, being completely innocent, helping Nurf, Nikki, and Neil on their scavenger hunt. Despite helping to find three of the things on the list, Nurf still assumed Brian was clueless and in desperate need of his help.

At the end of the episode, everyone at Camp Campbell was distracted by the three obvious terrorists, that nobody was paying attention to Brian, who revealed himself to be an undercover agent as well, who was pretending to be an innocent little boy to fool everyone. In actuality, Brian was a very stereotypical southern boy, who planned on stealing all of Cameron Campbell's savings so that he could go back to Kentucky with it and spend it all on his great leader, "The Colonel", who was most likely meant to be in reference to Colonel Sanders. The Colonel would use the money on his home state so that his people could raise horses and eat fried chicken. Brian took off with the money and flew off in a getaway helicopter, singing "My Old Kentucky Home". Brian succeeded in his actions and got away with his crimes. 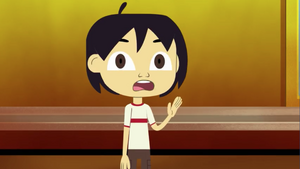 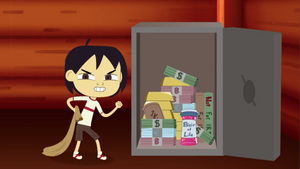 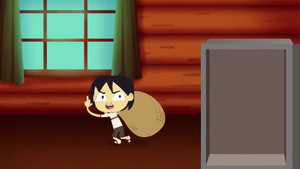 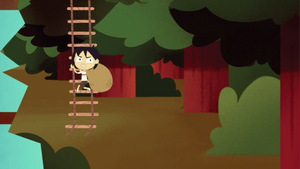