Various (depending on episodes).

Brian Lewis, also known as Principal Lewis, is a major antagonist/anti-hero in the adult animated comedy series American Dad!. He is the head principal of Pearl Bailey High School where Steve Smith, Barry Robinson, and the Popular Crowd attain.

He is voiced by Kevin Michael Richardson, who provided the secondary voice of Joker in The Batman.

The principal of Pearl Bailey High School, Lewis currently works in a administrative role despite his criminal past.

While Lewis acted like an ordinary principal in the beginning of the series, he quickly fell back on his old habits in the later seasons and onwards. At some point in his life, he married two unnamed women and even had daughter named Janet Lewis, who he is ashamed of for unknown reasons. Both these marriages ended in failure as one of his former wives has tried to kill him. But despite his dubious nature, Lewis is possibly the result of sever child abuse which is briefly mentioned in the episodes, A Ward Show as he told an asleep Steve Smith his entire life story and thought he was in a silent shock after hearing what his stepmother did to him when he was a child and The Worst Stan, where he told Stan his life was the inspiration for the 80s TV show Different Strokes in which featured an episode about the molestation of children based on a similar situation Lewis and his brother William were in.

Throughout the series, Lewis has done and said many very disturbing actions within his role as a principal. 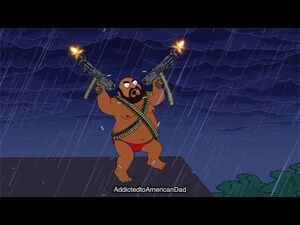 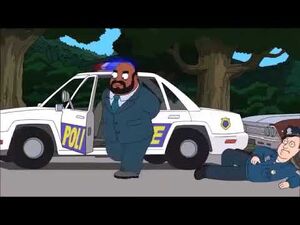