Feeding people to the pigs

Find and deal with the "silly sods who blagged the bookies".

Get Mickey O'Neil to fight (both succeeded).
Maintain his criminal empire and stay alive (failed).

He is a ruthless gangster who owns an illegal betting shop and presides over most of the local gambling rackets, including unlicensed boxing, forcing protagonists Turkish and Tommy to deal with him in order to make their own gaming venture a success. Unfortunately, Brick Top is in the habit of feeding people who displease him to a pack of hungry pigs - and it is not long before the two protagonists start to get on his nerves.

He was portrayed by Alan Ford, who also played the East End Thug.

First introduced in Turkish and Tommy's plotline, Brick Top is introduced when the two boxing promoters approach him in an attempt to secure a match for their boxer, Gorgeous George; Turkish is reluctant to make a deal with the gangster, knowing it will mean abandoning his principles and risking inescapable debts, but finding success in the unlicensed boxing world is otherwise impossible. Unfortunately, while attempting to buy a caravan from a group of Irish Travellers, Tommy and George get into an argument with a bare-knuckle boxer named Mickey O'Neil, and George is left too injured for Brick Top's match. With no other options, Turkish uses Mickey as a replacement fighter, even though he ends up in serious debt to Brick Top in the process.

Unfortunately, despite firm orders to throw the match, Mickey wins as he is too powerful for his opponent and has no control over his strength. A furious Brick Top pays Turkish a visit the following day, demanding that Mickey be recruited for the next boxing match and once again insisting that Mickey take a dive as people now will mainly bet on him rather than others fighters; he then leaves - but not before taking everything in Turkish's safe. While waiting for the day of the next match, Brick Top receives word that two incompetent gunmen have attempted to rob his betting shop, and though they left empty-handed, he naturally wants to make an example of them. After tracking down the "Silly Sods" (Solomon and Vinny), Brick Top goes so far as to explain the process of butchering corpses and feeding them to pigs, before ushering them outside to have them dismembered while still alive. However, before his men can start cutting, Solomon belatedly explains why he and Vinny robbed the shop in the first place, promising to deliver Brick Top the diamond he was hunting for.

Meanwhile, Turkish finds himself unable to persuade Mickey to participate without additional payments - namely a new caravan for Mickey's mother. Enraged, Brick Top decides to provide both the promoter and the fighter with some unorthodox encouragement: first, he has Turkish's gaming arcade smashed up and the owners assaulted; then, he sends a few of his men to the Traveler campsite and has Mrs O'Neil's caravan burned down - while she's still in it. Though in mourning for his mother, Mickey agrees to fight; unfortunately, he shows up at the ring extremely drunk from the wake and Brick Top has to enforce his participation by threatening to kill every single one of Mickey's family and friends, having sent a gang of men to the campsite to carry out the massacre if the boxer doesn't comply.

But to Turkish and Tommy's abject horror, Mickey once again K.O.'s his opponent. While the three of them run to the van to escape their doom, Brick Top sends out a call to his men at the campsite to begin the massacre of Mickey's friends: to his shock, he discovers that the henchmen have already been ambushed and killed by Mickey's gang armed with shotguns due to his underestimation of the Pikeys and he was unaware that Mickey had planned his revenge with his friends before the match as he stalled the entire boxing match for the whole Pikey gangs to prepare to deal with Bricktop's men. Alarmed, the crime lord hurries over to his car and demands "a fucking shooter" from the driver: unfortunately for him, the driver has been replaced by another one of Mickey's friends, who promptly rolls down the window and shoots Brick Top in the face, ending the crime lord once and for all. It is later revealed by Turkish that Mickey betted himself to win and he and his gangs escape with the winning money, not before emptying their campsite.

With his death, it is possible that Turkish and Tommy will get into his compound and take back their stolen money while profiting from the sale of the diamond to Avi.

Brutal, heartless, and often astonishingly rude, Brick Top has no patience for error and zero empathy for his victims: already running a business that makes a profit on anything that "involves blood and pain," he casually executes screw-ups and traitors in his ranks by having them suffocated with plastic bags and fed to his pigs, often while less-experienced employees look on in abject terror.

He also has something of a temper, often responding to minor irritations with extreme violence: when not resorting to the commonplace plastic bags and hungry pigs treatment, he also stabs an aggressive gambler in the groin for backtalking, viciously beats a dog with a cane, and has Turkish and Tommy's gaming arcade smashed up after they fail to recruit Mickey.

An intimidating presence despite his age, Brick Top is feared throughout London with good reason: along with his ability to silence a room full of people with a single whisper, he takes great delight in showing off his pig farm to Turkish and Tommy around feeding time, and even greater delight in explaining the mechanics behind his preferred method of corpse disposal. In the unfortunate case of Lincoln, Solomon and Vinny, he also goes to the trouble of ushering them outside - where his men are getting ready to enact the first steps of this method while they're still alive. Brick Top's biggest weaknesses are his ego and arrogance in which cause him to underestimate the retaliation of the Pikey's gang after burning Mickey's mother alive resulting in the death of his men and himself.

Despite his fearsome reputation, he willing to behave meekly when encountering someone much more powerful than him in the criminal underworld as after Mickey's first match, he had to gently and sincerely apologised to group of high-level mobsters who are much powerful than him. 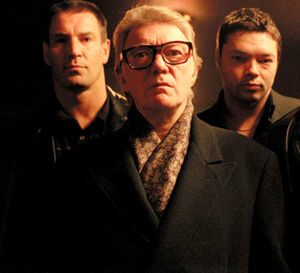 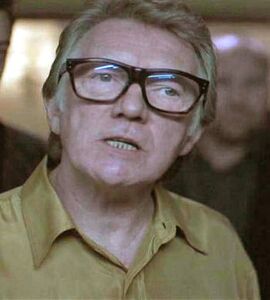 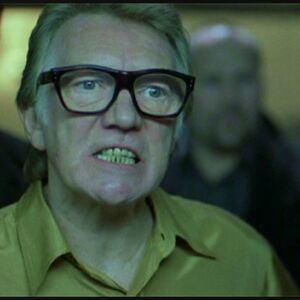 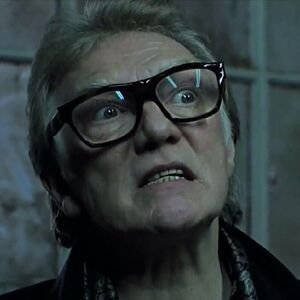 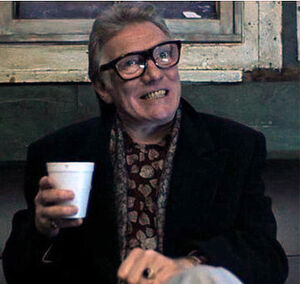 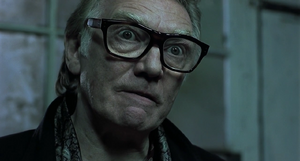 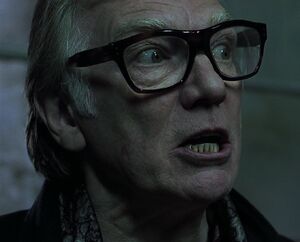 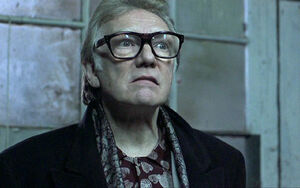 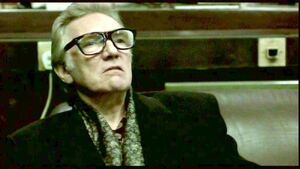 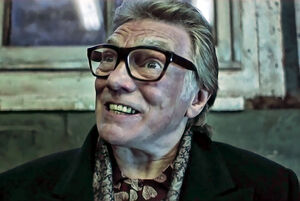 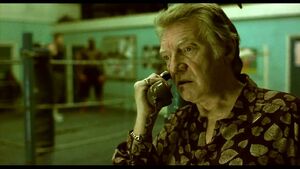 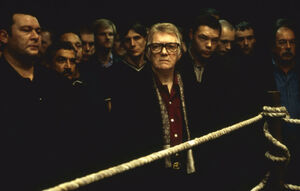 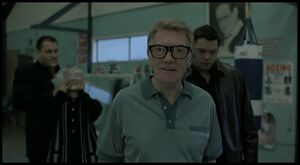 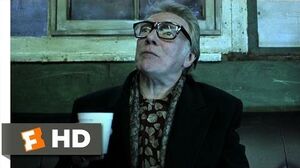 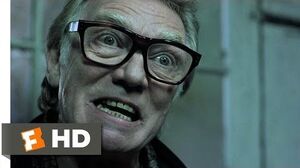 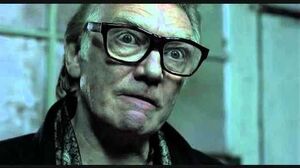 Retrieved from "https://villains.fandom.com/wiki/Brick_Top?oldid=4388714"
Community content is available under CC-BY-SA unless otherwise noted.