Reformed Minion
Bridget (once called "The Hag" ) is the secondary antagonist of The Swan Princess. She is an old woman who was the former minion of the evil sorcerer Rothbart, but then turned away from his influence after his presumed death and became a dear friend of Princess Odette.

Bridget was a former minion and even somewhat an apprentice of the evil sorcerer, Rothbart who was desired was to steal King William's kingdom.

His plan was use The Forbidden Arts in order to do so had failed when both of them were surrounded by King William's guards. They were later banished from The King's homeland.

As part of Rothbart's plan, he plans to transform Bridget into Princess Odette in order to deceive Prince Derek.

In the sequels, Bridget has reformed and became a good friend to Odette and fell in love with Sir Chamberlain, Queen Uberta's lackey. 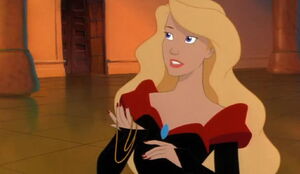 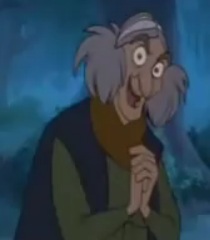 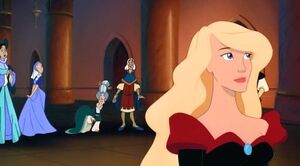 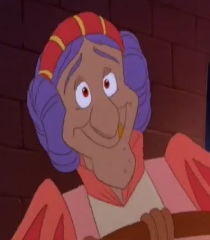 A reformed Bridget
Add a photo to this gallery

Retrieved from "https://villains.fandom.com/wiki/Bridget?oldid=3908227"
Community content is available under CC-BY-SA unless otherwise noted.