Villains Wiki
Register
Don't have an account?
Sign In
Advertisement
in: Brutes, Cheater, Evil Vs. Evil,
and 30 more

Member of the Imperfects

To become the ultimate warrior (ongoing).

He was once a special forces soldier, but he was in an accident that caused him to become the monstrous fighter when Niles Van Roekel recovered the 100 bodies.

During a mission in Iraq, a U.S. special forces group was sent to drop a package in the enemy's underground bunker, but something went wrong with the mission, an explosion went off, which killed all 100 soldiers. However, the gas kept their cellular issues alive. Niles Van Roekel takes the opportunity and recovers the bodies for one of his experiments.

Back at his laboratory, Roekel took the 100 soldiers' brains and fused into an alien neural network and merged their bodies into a cybernetic arm appendage, making their fondest memories and darkest demons a walking nightmare. The former platoon leader, Sgt. Rick Landau was the singular consciousness for the minds of the 100 deceased soldiers. However, being a work of progress, there were certain mental problems. Whenever his teammates' personalities broke out, they reject Brigade as their host. Much like his platoon days, Brigade worked hard in order to keep most of his personalities intact.

During the imperfect invasion of New York, Brigade encountered and fought against Wolverine. He defeated Wolverine and later on was toppled by Iron Man during a raid on Van Roekel headquarters where all the other mutant specimens were being held in captivity. 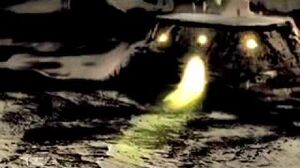