To aid their master Delilah in her goals.

Similar to the Whalers, each witch receives her power from the leader of the coven, Delilah, who has been granted her powers by the Outsider. The witches are able to teleport, unleash a scream which knocks the target backwards and can create and shoot shadow projectiles at their enemies.

The witches also use necromancy-like magic to protect their manor. They bewitch the skulls of dead dogs, causing them to reanimate when an enemy is nearby. The skeleton dogs get back up each time they are defeated until their skull is destroyed.

In Dishonored 2, the witches' powers remain similar. However, their magic is not plant-based anymore, but are based on darkness and shadow.

If the witches are not alerted to Daud's presence, their skin is normal coloured. However, during battle they turn into green, plant-like women. Despite Delilah's claim in The Knife of Dunwall, stating that she would prefer not to kill Daud for her sisters' sake - thus implying that the witches respect Daud, all witches are hostile in The Brigmore Witches.

During The Knife of Dunwall, only the coven's leader Delilah is encountered. Having turned Daud's second-in-commandant Billie Lurk against him, she amusedly watches how events unfold. She eventually reveals herself, threatening Daud not to seek for her anymore - elsewhise she would kill him.

Some Brigmore witches are encountered when Daud works for Nurse Trimble. Inside the sewers near the textile mill, Daud can hear a woman asking for help. She claims to be hurt and cannot get up without help. If Daud helps her, the woman reveals herself to be a Brigmore Witch and attacks Daud.

Another ambush is laid by other Brigmore Witches in the sewers. If Daud turns a wheel to open a gate, he can her voices whispering that someone is coming for them. If he continues this way, he is ambushed by three Brigmore Witches who attempt to kill him.

Most notably, the witches are encountered when Daud infiltrates Brigmore Manor to take down Delilah. Having been warned about Daud's arrival, the witches patrol the precinct to prevent him from finding Delilah. Daud can either fight them or sneak past them.

Eventually, Daud learns of Delilah's plan to possess Empress Emily Kaldwin to rule in her stead. Daud manages to follow Delilah into the void and defeats the witch.

After Delilah is defeated and her spirit is trapped in the Void, the Brigmore witches lose their magical powers. Most leave the coven and start a new life throughout the Empire. Twelve years after the events of Dishonored, Delilah's second-in-command Breanna hears a whisper from the void. After rousing up some loyal friends, Breanna managed to return Delilah from the Void. With Delilah, who has returned with even greater powers, the power of the witches returns. Delilah builds a new coven, partially from members of the old Brigmore crew, partially from new members flocking to Delilah.

Breanna, who had become the curator of Karnaca's Royal Conservatory, closed off the conservatory to the public, making it the new headquarter and place to live for the witches. There, the witches eventually create a supernatural device known as the Oraculum, which allows them to influence the prophecies of the Oracular Order.

3 years later, Delilah, with help from the Duke of Serkonos, takes over Dunwall Tower and the Empire in a coup, forcing Emily Kaldwin into exile. Dunwall Tower and the surrounding area is swiftly taken over by the witches who turn it into their new headquarter, dilapidating most of the original tower. They also start growing herbs and alchemical substances in a former garage. At one point, the High Overseer storms the Tower with his Overseers, intending to eliminate Delilah and the witches. Although the Overseers prove to be superior to the witches by using their magic-depowering music boxes, the Overseers are eventually slaughtered when Delilah unleashes her Clockwork Soldiers.

Meanwhile, in Karnaca, the witches that remained in the Conservatory - including Breanna - are permanently depowered when Emily Kaldwin, who has arrived in Karnaca to strip Delilah of her followers and power, sabotages the Oraculum. Ultimately, the witches in Dunwall are eliminated as well when Emily comes back to confront Delilah. Even Delilah is defeated, allowing the protagonist to take back the throne and to save Corvo.

After their powers are permanently blocked by Emily tampering with the Oraculum, the witch coven breaks apart once more. Some of the witches join other gangs - prominently the Eyeless gang as the Eyeless' involvement with the occult is the most closest thing the former witches will ever get to feeling magic once more - but some also remain in the Conservatory, having no other place to go. However, the witches that remain in the Conservatory are taken by surprise when the Abbey of the Everyman sends both Oracular Sisters and Warfare Overseers to retake the Conservatory and to destroy all heretical artifacts.

Without their magical powers, the witches are either captured or killed during the storm on the Conservatory. The surviving witches are taken prisoner by the Overseers and are kept in makeshift cells in the Conservatory's basement. There, the Overseer's leader Cardoza tortures the witches by strapping them to chairs which brutally supress the magic and "heresy" that the witches have been touched with, causing them incredible pain. When Billie Lurk arrives at the Conservatory to steal a silvergraph archive, only one witch remains - the others have all died during interrogation. Billie has the chance to free the witch, who is now the last living member of the formerly powerful Brigmore Witches. 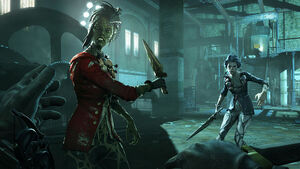 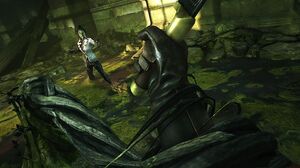 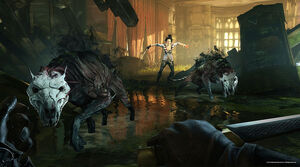 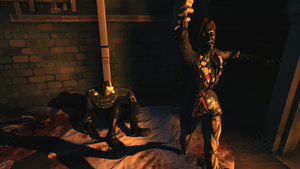 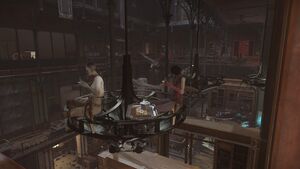 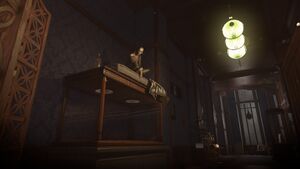 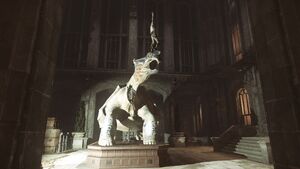 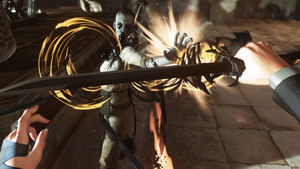 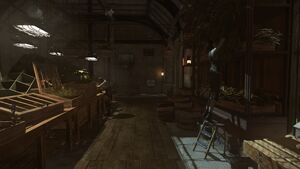 Retrieved from "https://villains.fandom.com/wiki/Brigmore_Witches?oldid=3596736"
Community content is available under CC-BY-SA unless otherwise noted.