Leader of the Special Forces

Eliminate all zombies and survivors in Willamette (succeeded).

Brock Mason is the main antagonist and final boss of the 2006 video game Dead Rising, as well as a posthumous antagonist in the comic book miniseries Dead Rising: Road to Fortune. And is the overall overarching antagonist of the Dead Rising series as a whole.

He is the leader of a military Special Forces group sent to eliminate the zombies and any survivors to cover up the incident. The reason for this was because he lead the massacre in Santa Cabeza that caused Carlito and Isabela Keyes to go insane and try to kill the people in Willamette and the United States.

He was voiced by Gregg Berger.

Jessie informs Frank that the government has denied any involvement or existence of the situation and she says that Special Forces will arrive for cleanup at midnight, meaning that they are coming to get rid of any evidence of the incident, including humans and zombies. The first time Brock was seen is when watches the clean-up operation happens and takes off his mask.

While Frank and Isabela are on their way to escape, they are ultimately stopped by the tank, after the boss fight ends, it shows that Brock was the one driving tank and attacking them, he orders Frank to surround and talk to him, where he asks about Frank's plans while revealing his clean-up operations, at the same time critizing humanity for making these mistakes in the first place, Brock then realised that large group of zombies are going forward him, making Frank punch him, causing Brock to turn hostile and attack him.

After this, the real final battle is waged on top of the tank, basic hand-to-hand combat made more difficult by the fact that a massive horde of zombies is surrounding the tank from all sides, making falling off a rather unpleasant experience. In the end, Mason is defeated and falls off the tank into the horde of zombies and is devoured, all with a faint smile and no sound of being devoured was made.

When Frank West and Rebecca Chang tried to enter into Las Vegas, they are confronted by Captain John Kilduff, who also tells Frank that he was a good friend of Brock who came up through SPECFOR together, claiming he was a good man and soldier and was proud to serve with. Frank remarks that Brock was weak and 'Punched like a little girl'. Leaving, Kilduff shouts 'SOMEDAY WEST...SOMEDAY' to Frank, swearing to get revenge for Brock.

He is a middle-aged man in his late 30's and wears a well-geared military outfit with body armor. He also seems to appear to be bald, no eyebrows, and has several scars on his face.

He is a cynical, emotionless human being, showing no regard with obvious contempt for humanity along with anyone else. No emotion on the loss of his fellow soldiers, the genocide at Willamette, or the destruction of Santa Cabeza. He sees the cleanup as nothing but a mission that needs to be accomplished no matter the cost.

Mason is shown to be skilled at hand-to-hand combatant with high durability and some of agility and good marksman possibly through his military training. He also seems to be good at leadership, seen giving orders to the soldiers, watching them do their mission. 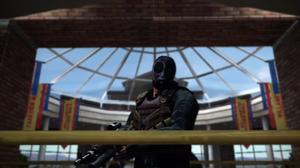 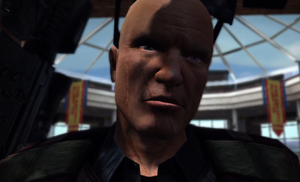 Brock watches over the mall cleanup. 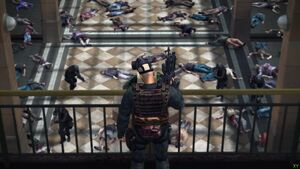 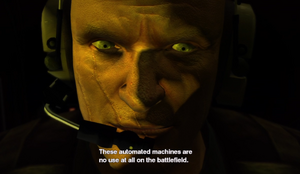 Brock inside of the tank. 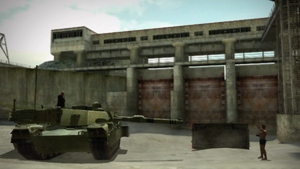 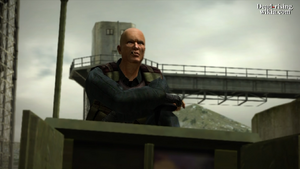 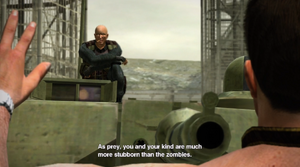 "As prey, you and your kind are much more stubborn than zombies." 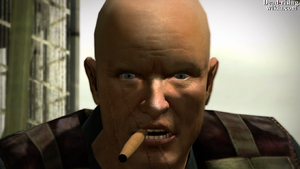 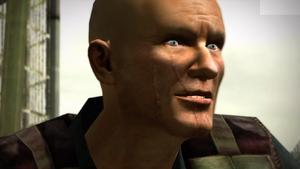 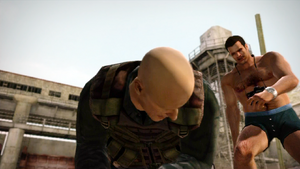 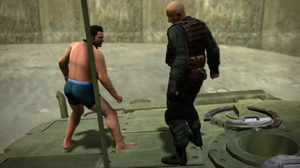 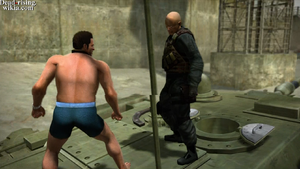 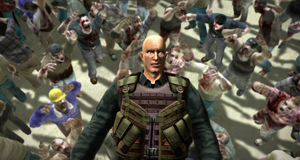 Brock falls to his death. 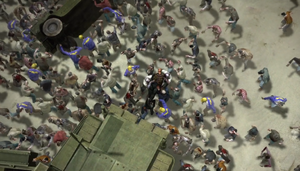 Brock gets eaten by zombies. 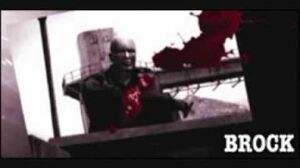