Rejected vessel for the Infection

Servant of The Radiance

The Broken Vessel is a minor antagonist and boss in Hollow Knight. It is a vessel similar to the Knight that has been posthumously infected by parasites, turning it into a destructive force like the rest of the plague-bringers.

When The Radiance plagued the kingdom of Hallownest with the Infection, the Broken Vessel was one of the vessels of Void created by the Pale King with the purpose to seal away the plague within themselves. Only the Hollow Knight managed to succeed the thought impossible achievement, while all of the remaining Vessels were discarded by the King as they were saw as not hollow enough. However, some Vessels managed to escape the Abyss, only to perish by the forces of the infected; including the Vessel that would become the Broken Vessel, meeting its demise in the Ancient Basin while fighting against infected parasites.

The Knight encounters the broken shell of the Vessel in its original death spot in the western portion of the Ancient Basin, where it is resurrected by a multitude of Lightseeds jumping into the large crack on the back of its head. Because it had been infected, the Broken Vessel serves as an obstacle in the Knight's adventure through Hallownest. The Broken Vessel uses attacks similar to the Knight, such as dashing and slashing its Nail both on the ground and air, as well as its own form of the Desolate Dive spell, where it slams its Nail into the ground and conjures four Infection blobs from underground to rise upwards. It also has an attack where it knocks its head front and back, releasing a multitude of infection blobs to cover the entire arena.

Defeating the Broken Vessel leads to a room where the Knight acquires the Monarch Wings, granting them the ability to double jump. This also marks where the Forgotten Crossroads becomes the Infected Crossroads, assuming that no Dreamers have been killed by that point.

Optionally, using the Dream Nail on the Broken Vessel's deceased body will trigger a Dream Boss against a stronger variation of the Broken Vessel named Lost Kin. It fights similarly to the Broken Vessel, but its attacks are much faster in speed in addition to summoning Infected Balloons at a quicker pace and releasing six Infection blobs during its slam attacks. After defeating the Lost Kin, the ghost of the vessel appears above the Broken Vessel's corpse. It will bow before disappearing when interacted with, granting the Knight 400 Essence to their Dream Nail.

The ghost of the Broken Vessel seen after defeating the Lost Kin.

The Broken Vessel before the fight. 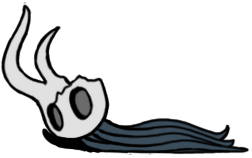 The Broken Vessel reaching out to the Knight as it dies. 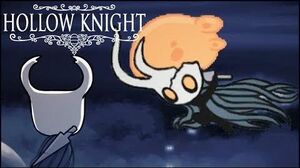 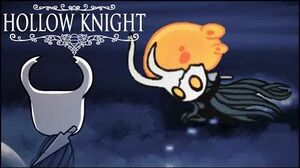 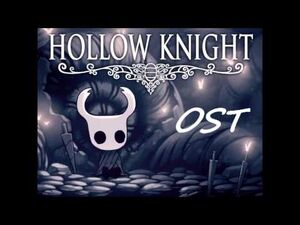