Lonely god of the nest

Calling out for its deceased members.

Find others of its kind (failed).

Kill anything that comes in its way.

The Brooding Mawlek is a minor antagonist and optional boss in Hollow Knight. It is a feral beast that lurks in the Forgotten Crossroads, crying for its own kind.

Brooding Mawleks, according to the Hunter's notes, are usually benevolent and social creatures, only turning aggressive when they cannot mingle with each other. When the Infection occurred, the Mawleks turned feral and attacked each other, slaughtering one-another until a single Mawlek was left. The Hunter notes how he can often hear the beast calling out to others of its kind, but feels sympathy knowing its calls will never be answered.

The Brooding Mawlek is located in the Forgotten Crossroads, in an area that cannot be reached until the Knight obtains the Mantis Claws from the Mantis Village in Fungal Wastes to scale walls. After navigating through a room of spikes, the Knight reaches a room littered with Mawlek corpses, along with the Brooding Mawlek, which jumps out from the pile of carcasses and attacks.

The Brooding Mawlek attacks the Knight by spitting out Infection blobs from its mouth and slashing its claws out when they get too close. It can also spit out a wave of blobs on the side of the arena that the Knight is on, or leap to where the Knight was when it began the jump. Defeating the Brooding Mawlek grants a Mask Shard.

A second Brooding Mawlek is found in the Colosseum of Fools as an opponent during the Trial of the Fool. Slightly smaller than the one encountered in the Forgotten Crossroads, it uses the same attacks only there is less room to maneuver. 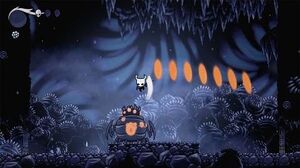 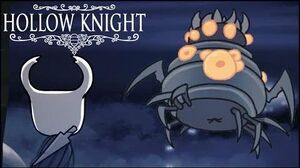