Brother Joseph is a minor though recurring villain in the series "World Without End".

He is a member of the Priery who is tasked with being a physician, but uses outdated, botched cures and treatments that kill far more patients than they save.  When Mattie Wise proves to be a more effective healer, the jealous and petty Brother Joseph accuses her of witchcraft.

His accusing an innocent woman of witchcraft and getting her executed simply because he was jealous of her success establishes him as one of the most evil characters in the show despite his relatively minor role. His ultimate fate is never revealed, but as he is not seen or mentioned as of the last episodes, it can be assumed that he died of either the Plague or old age. 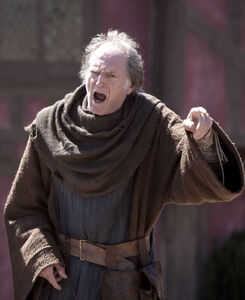