Ability to create demons and other monsters from paint

Being forced to make monsters for Police Commander Uehara Daizo.

Send Saico-Tek to Jump City and call for help.
Be saved from Police Commander Uehara Daizo's corrupt influence (both succeeded).

Brushogun is the central antagonist of the 2006 animated film Teen Titans: Trouble in Tokyo.

He was voiced by Cary-Hiroyuki Tagawa.

Brushogun is formerly a Tokyo artist who fell in love with a woman he drew on his picture. He used Japanese dark magic to bring her to life as the same with all his artistic creations, but then cursed his body, transforming him into a dark being with the ability to create live ink drawings. He became Tokyo's first supervillain known as Brushogun. At some point, he was eventually defeated and captured by the proper authorities.

In the present day, Saico-Tek, a creation of Brushogun that was sent to attack the Teen Titans, destroyed their Tower and that reasoned them to find the one who ordered it. Yet upon tracking him down, the Titans discover he is actually an innocent, yet frail man hooked up to a giant printing press and held captive by Police Commander Uehara Daizo, who forced Brushogun to create criminals that Daizo would capture to look like a hero.

When Daizo jumps into Brushogun's vat of magical ink, he absorbs Brushogun and the machine, and becomes a giant ink monster. Robin defeats him by removing Brushogun from the absorbed printing press, causing the ink creature to revert back to Daizo. Finally released from his curse, Brushogun thanks Robin before peacefully and happily dying in his arms by fading into nothingness.

Brushogun's spell has transformed him into a cursed, paper-skinned being with the power to generate supernatural ink that is used as a constituent form of black matter, that can be formed into shapes, used to create minions, possess and transform objects that it touches, and has other magical effects.

The magic ink that Brushogun generates is mainly used to create false objects and living beings of any shape, size, and color to use as his minions (exploding shuriken, troopers, superpowered criminals, giant monsters, etc.), which are granted special abilities that he imagines for them, and can regenerate from any damage, including lost limbs. Also, his ink's magic was used to send an enchanted card with his name written on it flying to Robin in a police van to be materialized into an exploding shuriken to free him. Because his creatures are made of ink, they all have a fatal weakness to water, which dissolves them.

When his powers are taken to their greatest limit, Brushogun can become a giant monster that is several stories tall and made out of an immense reserve of ink generated from himself, which has enormous strength and resilience, control any machines implanted into its ink body, and create minions in even greater numbers.

Known creations and their cultural influences 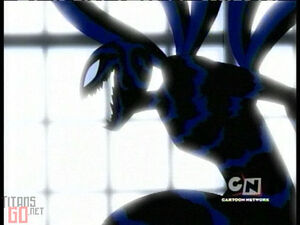