Servant of the Brotherhood of Makuta (formerly)

Member of the Order of Mata Nui (formerly, but later returned)
Leader of the Federation of Fear (formerly)

Assist the Piraka of searching for the Kanohi Ignika (formerly; failed).

Defeat the Toa Inika and Axonn (failed).
Assist the Toa Mahri to defeat the Barraki and Karzahni (succeeded).
Lead the Federation of Fear in the quest of freeing Miserix (succeeded).
Help the Order of Mata Nui in their war against the Brotherhood of Makuta (succeeded).

Brutaka is one of the characters that appeared in the BIONICLE series. He is a member of the Order of Mata Nui, though he betrayed the organization after he lost his faith in Mata Nui's will, but eventually regained his sense of justice after his journey in Mahri Nui.

Before the start of the main story, Brutaka was employed by the Brotherhood of Makuta as the commander of the army. Then, he remained as the commander throughout the times until one day, he lost interest in his job as he believes that the job here worthed nothing to his interest. Soon afterward, he defected from the Brotherhood of Makuta and began wandering across the islands.

It won't last long when Brutaka's activities attracted the attention of the Order of Mata Nui. Then, two members: Botar and Hydraxon confronted him and offer him the position of the rank. Seeing this as the chance, Brutaka eventually accepted the offer and was teleported on the island of Daxia.

Once there, Brutaka was given.

In the beginning, Brutaka was used to be faithful, trustworthy, authoritative, and devoted to the Great Spirit Mata Nui. However, he quickly loses his faith towards the Great Spirit as at this point, he even betrayed the rest of the Order of Mata Nui. Brutaka also became very ruthless, aggressive, battle-hungry, and belligerent, as he had no qualms of concerning about others' lives. He also displayed his arrogance when fighting against his opponents and underestimated their abilities.

However, he changed his views when he learned about the mission of the Order of Mata Nui, which had decided to come out of hiding and openly wage war on the Brotherhood of Makuta. After being rescued from the Pit by the Order, he was declared a probationary member of the organization and he joined back up with his old brother in arms and closest friend, Axonn. 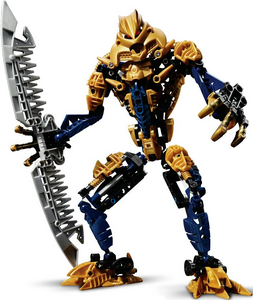 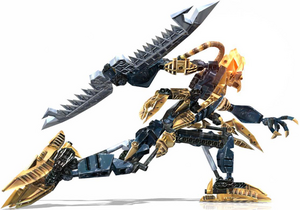 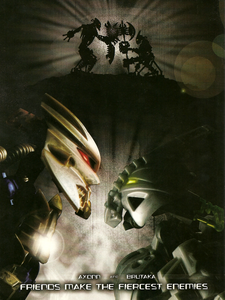 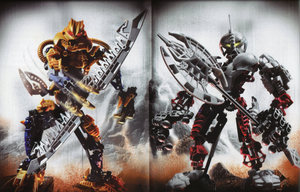 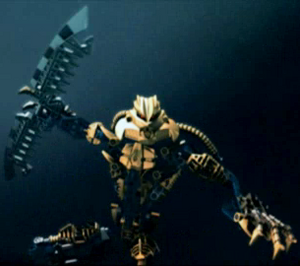 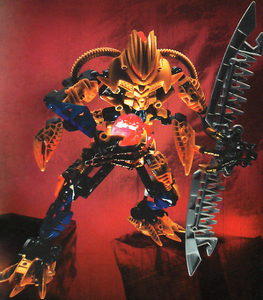 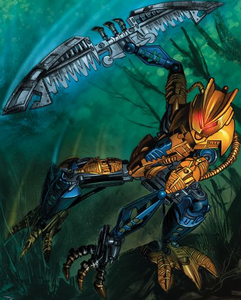 Brutaka in the comics 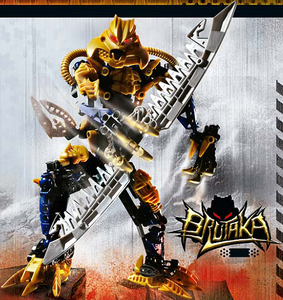 Brutaka on the box set