Guillermo Barrera, better known as Brutale, is a DC Comics supervillain. Brutale was a top-level interrogator/torturer for the secret police in the fictional Latin American country of Hasaragua until a revolution forced him to flee. In his native Hasaragua, Guillermo Barrera served the secret police of his government as a savage interrogator, extracting confessions efficiency with blades and tools used for surgery. When the Marxist regime of Hasaragua fell, Barrera escaped the country to America, fleeing execution for the atrocities he committed. Adopting the name Brutale, Barrera put his 'Surgical Skills' to use as a hired assassin. He eventually began working for Blockbuster II in Blüdhaven while donning a costume that resembles a gargoyle. He battled against Nightwing on several occasions. Brutale has no superhuman powers; however, he is an expert with all forms of knives and blades, being able to both fight superbly and inflict horrible pain on his victims. He has a variety of scalpels, throwing knives and other razor keen blades that he utilizes. In Superman/Batman: Public Enemies, Brutale is among the super villains trying to collect the bounty on Superman's head. 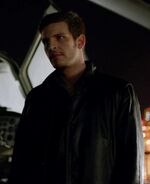 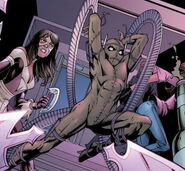 Retrieved from "https://villains.fandom.com/wiki/Brutale?oldid=4356935"
Community content is available under CC-BY-SA unless otherwise noted.