The Buckner Family, also known as the Zombie Redneck Torture Family", are monsters and the secondary antagonists in the 2012 comedy/horror movie The Cabin in the Woods. The Buckners are a family of undead sadists and murderers used by The Organization to kill unfortunate young people as part of The Ritual to please the Ancient Ones.

The Buckners consist of five members, Father Buckner, Mother Buckner, eldest son Matthew, middle child Judah, and the youngest child and only daughter, Patience. They dress in modest but practical clothes typical of early 1900's America. As zombies, they are decrepit, rotting, and covered in filth and dried blood.

The eldest of the Buckners, Father Buckner has short hair and a large, ragged tear across his mouth and face, revealing his teeth and jaw. He weilds a rusty hay hook.

Mother Buckner's face has multiple gashes, possibly self-inflicted or performed by Father, and her hairline is receding. Her stomach bulges out, having been ripped open and stuffed with glowing hot coals (this is seen better in the behind-the-scenes features on the DVD version). Her weapon of choice is an old wood saw.

The tallest and most physically imposing of the Buckners, Matthew has long, stringy black hair and dirty suspenders. He wields a massive bear-trap on a chain, which he uses as a flail to bludgeon and grab his victims from afar, dragging them in for the kill.

smaller and skinnier than his brother, Judah has large buck teeth, short hair, and filthy overalls. He carries a makeshift knife made from one half of a set of old pruning shears (Marty refers to it as "a trowel").

The smallest of the Buckners, Patience appears as a young girl in a dirty white dress and black hair done in two braids. Her left arm is missing, having been cut off and eaten. With her other arm, she wields an old wood axe.

Being undead, the Buckner Family are extremely resilient and feel no pain, shrugging off bullets, blades, and punches with ease. They also have no need to breathe, and can move about underwater without air. Unlike the more "vanilla" Zombies held by the Facility, the Buckners are never just mindless walking corpses- they can wield weapons and tools and perform simple strategic feats, such as lying in wait in the RV, or simply sneaking up behind their victims. Also unlike zombies, they kill and torture for its own sake, rather than to feed.

Though it is unknown if they can be killed for good, the Buckners can be incapacitated- Marty manages to hack Judah apart with his own knife, reducing him to a pile of still-moving body parts on the floor.

The dark and bloody past of the Buckners is told of briefly in the diary of Patience Buckner: they were a family of backwoods farmers who practiced an evil and strange religion based around purifying one's soul by inflicting pain and torture upon others, including themselves. The religion itself is unnamed, though it appears to revolve around a concept called "The Great Pain", and those who truly "know" it will never truly die.

Father Buckner was the self-appointed leader of their faith, praising those who tortured and killed others (as Judah and Matthew did to some unlucky travelers) and looking down at those who he finds "lacking faith", specifically Patience and her mother. Father Buckner punished Patience for her lack of faith, and ended up torturing and killing Mother Bucker by slitting open her belly and stuffing in hot coals.

Matthew proved to be the most faithful- Not only did his strength and size make killing easy, Patience writes that he gets "a husband's bulge" when cutting flesh, indicating he gained a sexual thrill from torturing others. This ends up alienating Matthrew from the rest of the family, with Father Buckner afraid to speak against him, even after Matthrew killed Judah in their special torture chamber, the "Black Room". Matthew later cuts off Patience's arm and eats it, and then proceeded to mutilate Father Buckner's face before killing him and Patience as well. Before she died however, she wrote a latin phrase stolen from her father's books that, if read, would resurrect her and her family so that they may kill again.

The phrase that ultimately summons the Buckners is:

How "real" the Buckner family history is within the context of the film is dubious- though their history seems to match the setting of the titular Cabin, The Buckner Family are, ultimately, one of thousands of monsters amongst the "army of nightmares" held by the Facility, created by the Ancient Ones to be used in the Ritual to hold them at bay via human sacrifice. The Facility houses them in elevator cubes, keeping them down below until they are summoned by the diary. 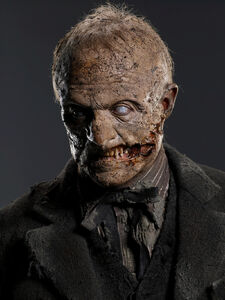 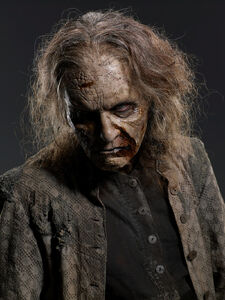 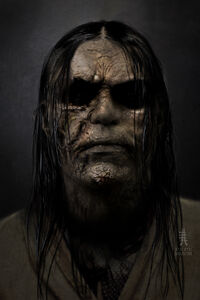 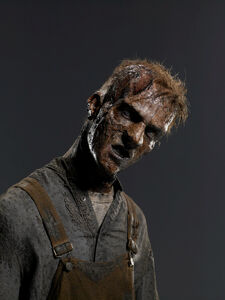