Bud and Lou are the two pet spotted hyenas of the Joker and Harley Quinn. They accompanied him in his crimes and are fed by Harley. Harley refers to the hyenas as her babies.

Like Harley Quinn, Bud and Lou were eventually adapted to the comics. During the Last Laugh arc, it is revealed that Harley knew how to make a cure to a unique strain of Joker Toxin that had infected an army of supervillains because she treated Bud and Lou after they received poisoning from eating a Joker Fish. She was later forced to give Bud and Lou away to the Gotham Zoo after she discovered that the hyenas were eating other pets in a city neighbourhood.

During the New 52, Joker infected Bud and Lou with with rabies and let them loose on Harley Quinn in an attempt to have her reject her humanity. But Harley fought off the hyenas and was forced to put them down by snapping their necks, much to her grief. However Bud and Lou's deaths were eventually reversed, presumably because of the events of DC Rebirth which altered the timestream.

Despite the fact that the Joker is their original owner, Harley Quinn is the one who really cares about them. Indeed, Bud and Lou like her better than the Joker, if it comes to that; because Harley feeds them, keeps them company, and often sits around and lets them lick her.

In Batman: The Animated Series, It is shown that the Joker doesn't care about Bud and Lou. When he rigs a bomb to destroy Gotham, he forgets to bring them on the plane, so he decides to leave them. However Harley refuses to leave the hyenas behind and kicks Joker out of the plane when tries to make his escape.

Bud and Lou often get cranky when Harley isn't around, as is demonstrated when the Joker gets angry at Harley and (quite literally) kicks her out. The Joker regrets this, because not only does his lair fall into chaos without Harley around to keep it organized, but Bud and Lou become hostile toward him.

Despite the fact Bud and Lou seem harmless and incompetent, they actually aren't. They will attack (and sometimes kill) Harley on the Joker's command. They have also proven to be intelligent; for no matter how many times their masters are separated from them, Bud and Lou find them eventually.

Bud and Lou serve as recurring villains in the Cartoon Network series Krypto the Superdog. In the series, they battle against Batman's dog, Ace, Superman's dog, Krypto, and Streaky the Supercat. 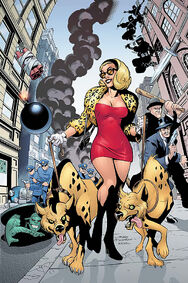 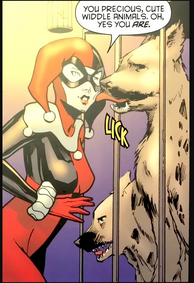 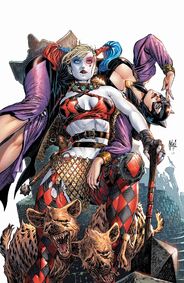 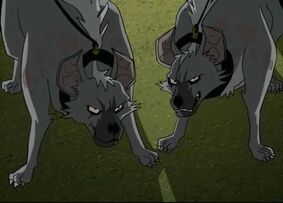 Bud and Lou in The Batman 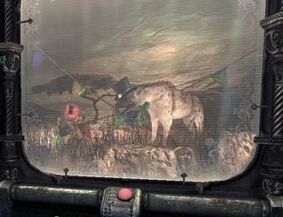 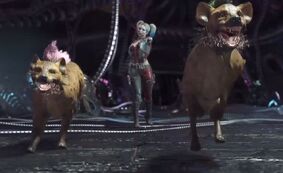 Bud and Lou in Injustice 2 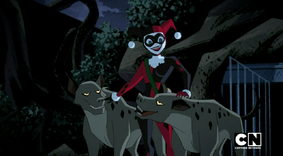 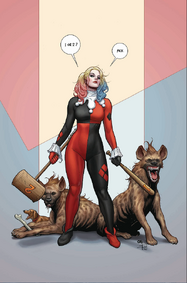 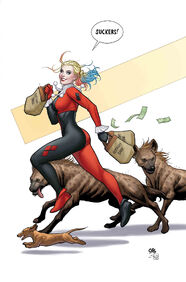 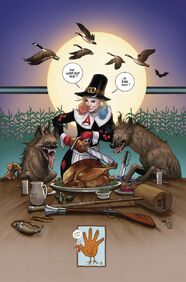 Bud and Lou having Thanksgiving with Harley 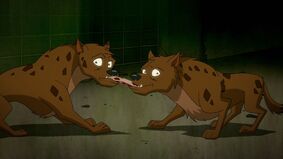 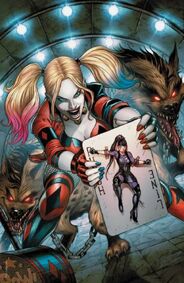 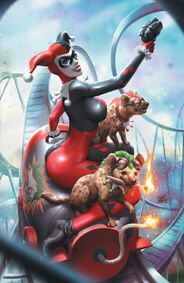 Retrieved from "https://villains.fandom.com/wiki/Bud_and_Lou?oldid=3931204"
Community content is available under CC-BY-SA unless otherwise noted.