Buer is a Goetic Demon, specifically the 10th spirit of the Ars Goetia, which appears in the 16th century from the text-book Pseudomonarchia Daemonumzm (The False Kingdom of the Demons), written by the Dutch physician Johann Weyer - which is part of the much larger demonology movement, a branch of the occult devoted to the study of demons, as well as how to summon them (or in some cases how to banish them).

Buer appears to be a lion-like creature. Buer's head represents a lion, and has five legs surrounding it. Buer is also known as the President of Hell, having fifty legions of various demons serving under him. Buer only appears when the Sun is in Sagittarius and teaches various philosophies. Moreover, he has the knowledge of herbs and plants; having the ability to heal as well. 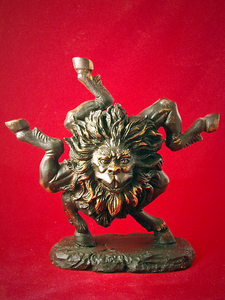 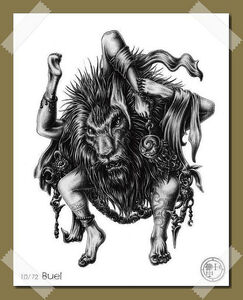 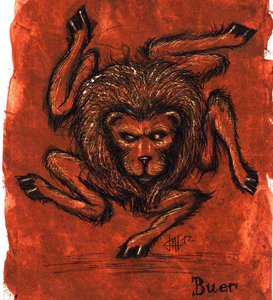 Retrieved from "https://villains.fandom.com/wiki/Buer?oldid=4033088"
Community content is available under CC-BY-SA unless otherwise noted.