Claim the Alexander the Great Eyecon and have Nova Shocker dominate the world.

Buffal is an executive of Nova Shocker and a major antagonist in Kamen Rider 1.

He is portrayed by Kozo Takeda.

Buffal conspired with the other Nova Shocker executives to use an electromagnetic pulse to cause blackouts in power and mass panic.

Kamen Riders Ghost and Specter arrived at Nova Shocker's power to stop their scheme, but are confronted by Buffal alongside Urga and Igura, who overpower the Riders and force them to flee. With no one to challenge their scheme, Buffal and other executives force the Japanese government to sign a treaty with them to restore energy.

Buffal later showed up as part of the Nova Shocker force that arrived to disrupt a ritual being performed by Ambassador Hell and the old Shocker to retrieve the Alexander the Great Eyecon from the body of Mayu Tachibana, seeking to claim the Eyecon for themselves. In the course of the three-way battle between the two Shocker factions and the Kamen Riders, the Eyecon is released and Urga takes possession of it to use to further Nova Shocker's domination.

When the Kamen Riders and Ambassador Hell temporarily teamed up to stop Nova Shocker and went to Nova Shocker's base, Buffal and Urga confronted them. Buffal fought Ghost and Specter, and was eventually destroyed by Ghost with assistance from Kamen Rider 1.

Buffal was revived alongside Urga by the Dark Will. In the fight against Kamen Riders Ghost and Specter, Buffal is killed after Ghost uses the 45 Kamen Rider Eyecons to assume Kamen Rider Ichigou Damashii and destroyed him with a Rider Omega Punch Drive.

Buffal was one of the monsters revived as part of the Shocker army in the Game World by Kuroto Dan as part of his scheme to revive himself. The army fought against the five revived Kamen Riders assembled there along with Emu Hojo, and would continuously regenerate no matter how many times they were defeated.

After Kuroto's plan was discovered and the Game World was destroyed by Kazuma Kenzaki's Joker power, Kuroto summoned the army one last time to flood the living world with monsters, but the army was wiped out by Ex-Aid and the Kamen Sentai Gorider. 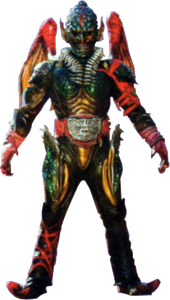 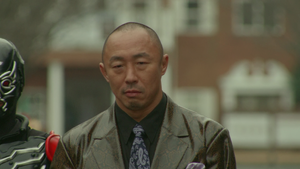 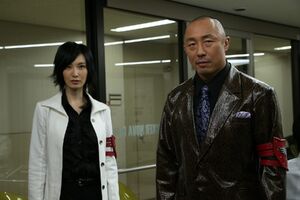 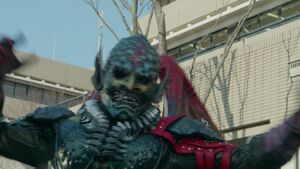 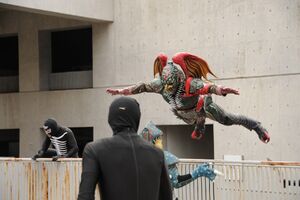 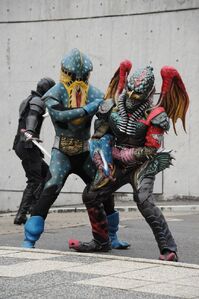 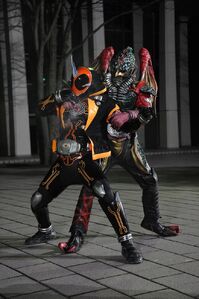 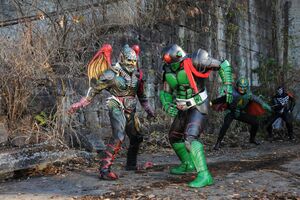