Bufo is a minor antagonist in the film Epic. He is a gangster toad that authorizes the illegal bird races.

He was voiced by the famous Cuban-American rapper Pitbull.

Bufo was offered money if Nod lost the race, but since Nod won, this got Bufo upset. He had his gypsy moth and scorpionfly henchmen beat him up, then threatened to kill him by having his henchmen toss him to a snake. Ronin came in and jokingly suggested to toss him to a hornet's nest, and asked for Bufo to let Nod go. The toad reluctantly accepted and had his henchmen let him go.

Later on, Mandrake interrogated Bufo to tell him were M.K., Ronin, Nod, Mub, and Grub went. Bufo refused to tell, even insulting Mandrake's evil plan, but Mandrake showed him his devastating power by destroying a tree, frightening Bufo and forcing him to once again say their location, which Bufo told him.

At the end of the movie, he served as one of the many who watched the happy ending. 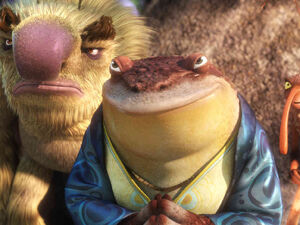 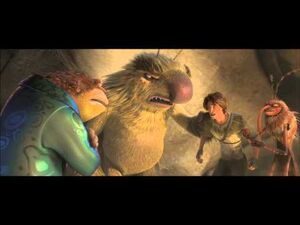 Bufo with his henchmen holding Nod. 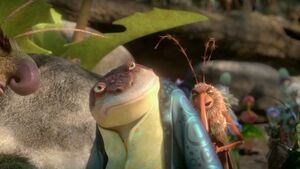 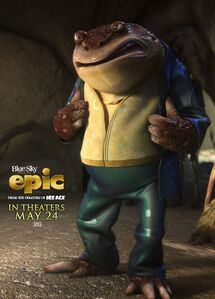 Bufo angered at Ronin's arrival.
Add a photo to this gallery 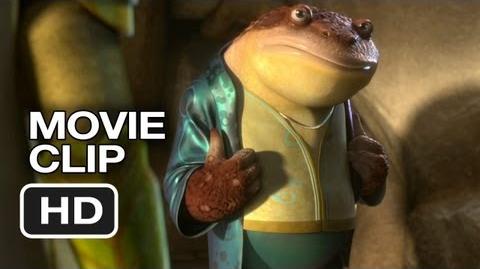 Retrieved from "https://villains.fandom.com/wiki/Bufo?oldid=3678569"
Community content is available under CC-BY-SA unless otherwise noted.