Destroy Bomberman and his siblings.

Conquer the universe (both failed).

Attempted destruction of a solar system

Buggler (also known as Buglear or Bagura) is one of White Bomberman's more recurring villains and arguably his archenemy, first appearing in Bomberman '94 and becoming the main antagonist of many Bomberman titles since then.

In Super Bomberman R, he is voiced by Kotaro Nakamura in the Japanese version, and Michael Rhys in the English dubbed version.

In classic games, Buggler was an old blue alien who was bald with a grizzly beard, a red B in his forehead, and a monocle in his left eye. He wears blue overalls with white clothing underneath, black shoulder pads, a red cloak with purple in front, a black belt, blue gloves, and blue shoes. In Super Bomberman R, he is now human in appearance with a more heavily armored suit. The iris on his left eye is gray and he has a creepy permanent smile showing his teeth and disturbingly his sharp triangular canines.

Appearing to be an elderly man, Buggler is also a scientist, as is evident by his official title of "Professor Buggler", he created many evil Bombermen and is a brilliant (if mad) scientist whose origins appear to lay deep within the mysteries of space and time.

In most of his appearances, Buggler is obsessed with conquering the universe and is already the leader of the Hige Hige Bandits and is both a capable scientist and a dark magician, he is also a villain who will stop at nothing to achieve his goals.

Buggler makes his debut in Bomberman '94 as the main villain and final boss. Attacking Planet Bomber, he split the Spirit Pictures. After White Bomberman rebuilt his planet, Buggler sent a artificial comet to try and destroy the planet all together. This fails, as Bomberman storms his base and defeated his multiple forms and dragon robot.

In Super Bomberman 3, Buggler revives the Five Dastardly Bombers to take over the five planets in the Bomber Nebula. After the five failed to defeat Bomberman, he unleashed his battleship to try and destroy them all. Buggler was destroyed along with the Gattaida, the resulting explosion destroying his body. His brain is carried away via UFO.

In Super Bomberman 4, Buggler unleashes the Four Bomber Kings and Bomber Great to try and destroy Bomberman. After a journey throughout time, they managed to fight and destroy Buggler's mech. The mech was destroyed, and his brain hurled through the void of time.

In Bomberman GB 3, Buggler does not appear, but one of his creations, Evil Bomber, does.

In Bomberman World, Buggler reawakens the Dark Force Bombers. He is defeated on Planet Black.

The prequel to Bomberman World, Buggler appears in this game under the alias of Dark Bomber.

After being destroyed by Bomberman, he was revived by Nitros in Bomberman Hero, who was brainwashed by Evil Bomber. He also resurrected the Four Devils of Garaden and kidnapped Princess Milian. In this game, he is referred to as Bagular. Bomberman fought Buggler, destroying his body, but his spirit entered a computer, in which then became part of a tank. In the end, Bomberman destroyed him, but in a final attempt to take Bomberman down with him, he blew up Garaden Star, but Bomberman escaped at the last minute.

Buggler appears in Bomberman Fantasy Race as a playable racer.

Buggler returns in Bomberman Portable as the main threat once again, being the source of the shadow looming over the planets. He is fought multiple times, using different inventions each time.

In the games, Buggler is without a doubt, quite evil. Buggler has his eyes set on universal hegemony and the destruction of the Bomberman Bros, doing it even when a brain is all that is left of him. In Super Bomberman R, he broadcasts his desire to conquer the universe to all planets, giving them the choice of bowing down to him or being wiped out. He also proclaims that as long as people are evil, he will return to cause trouble. 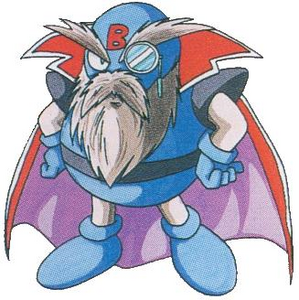 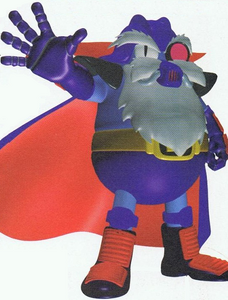 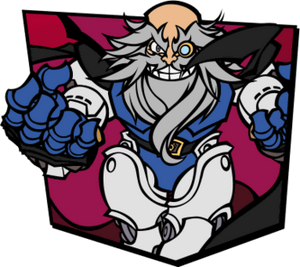 Retrieved from "https://villains.fandom.com/wiki/Buggler?oldid=4036039"
Community content is available under CC-BY-SA unless otherwise noted.