Bui (武威, Bui) was a member of Team Toguro during the events of the Dark Tournament Saga and a villain in Yu Yu Hakusho.

He was voiced by Tetsuo Kaneo in the Japanese version and by Vic Mignogna in the FUNimation dub.

Prior to the Dark Tournament finals, Bui had never spoken during the tournament. Instead he was only shown breathing heavily through his thick, heavy-armored helmet. It wasn't until when Hiei fought him that Bui spoke for the first time in the Tournament. Removing his armor, which is what keeps his immense energy contained, is considered to be the highest compliment Bui gives.

As a person, Bui is calm and seems very peaceful. He rarely displays emotion, never seeming angry or sad. He is polite, speaking formally when addressing others. Unlike Karasu or Elder Toguro, Bui does not like to torture his opponents and relish in their pain and suffering. He tries to finish his battles as quickly as possible. He has a code of honor, never fighting using dishonest means.

Both Bui and Karasu had an equal hatred for Toguro, as both of them where defeated by him a long time ago before the events of the last Dark Tournament. This became the motivation for which the two of them kept training and improving their skills, so that one of them might some day be able to get back at Younger Toguro, and ultimately kill him. Bui had never openly mentioned this motive until his fight against Hiei. 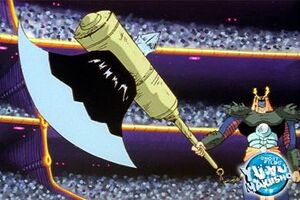 Bui wields a giant Axe as his weapon. 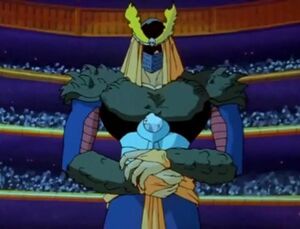 Bui in his battle Armor 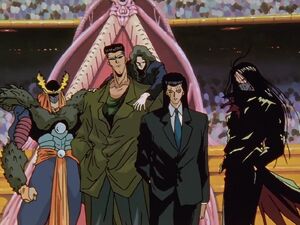 Team Toguro
Add a photo to this gallery 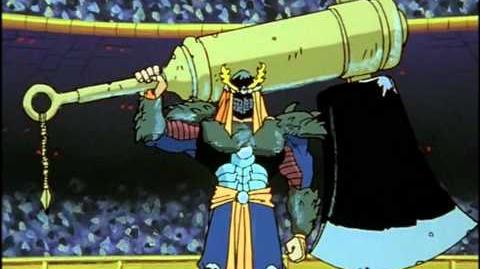 Yu Yu Hakusho HD Bui vs. Kirenja
Add a photo to this gallery

Retrieved from "https://villains.fandom.com/wiki/Bui?oldid=3534290"
Community content is available under CC-BY-SA unless otherwise noted.