Bundorute Peggy is a penguin-themed Gangler Monster and is the main antagonist for episode 5 and 6 in the 2018 TV series Kaitou Sentai Lupinranger VS Keisatsu Sentai Patranger. He is also equipped with a boot-like treasure called Jack bondissant tel l’éclair.

He was voiced by Tadashi Mizuno.

Bundorute Peggy's head is a gray and pink knight penguin helmet with red hair, his body is gray and pink armor like body with a Gangler safe on it, the arms are white grey and pink skeleton arms, the hands are grey, his pants are a dark pink color, his pink and green feet look like penguin feet, his overall appearance looks like a medieval knight, his weapon the Long Uo Sword is a gray and gold fish shaped long sword that looks like a fish eating a cross, his giant weapon the Wing Swords are gray and pink arm mounted blades that look like penguin arms with white penguin skeleton arms.

In episode 5 Bundorute Peggy was first seen as a human ready to commit a crime. Then, Destra appeared and meet him, which forced the Lupinrangers to keep watching rather than confronting them before he left to somewhere.

Bundorute later appeared in front of a car, revealing his monster form and attacked Hilltop along with his bodyguards. While in pursuit, the Lupinrangers noticed the content in the case and decided to snatch the new VS Vehicles along with their current target and confront him. However, the Patrangers arrived quicker than they thought and Kairi passed a card to Bundorute for later meeting, which the target agreed before he fled from the Police.

As agreed in the appointment, the Lupinranger went to confront Bundorute, only to learn that the Patranger had arrived earlier and managed to grab the Cyclone Dial Fighter. Lupin Red and Patren 1gou confront each other while the others take on Bundorute. However, during the battle, Destra joins the fray, giving difficulty for the phantom thieves and police which give Bundorute a chance to escape before he could be destroyed.

In episode 6 Bundorute was seen the 2nd time still disguised as a human in a park where he was surrounded by the police, but the fight has been stall long enough for this penguin to make a get away. Speaking of which he end up at a parking lot where Goche Ru Medou was about to give him an upgrade. He had appeared once again now making more mayhem with his upgrade destroying some stuff around that's around him. When the thieves and the police showed up the battle commence and once Patren1 was about to use Biker Suppression Shot, the thieves ran towards Bundorute's safe (which his password is 0-2-8) and grabbed Jack bondissant tel l’éclair (which translate as "Jumpin' Jack Flash") Boot in the nick of time. But Goche manage to enlarge Bundorute to battle with LupinKaiser and the equipped Cyclone Dial fighter after that he was destroyed by this finisher called Good Striker Rapid Fire: Send You Flying Shot. 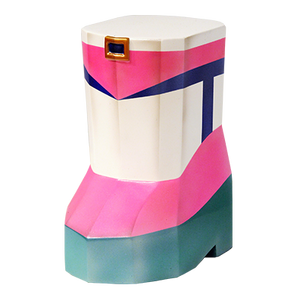 Retrieved from "https://villains.fandom.com/wiki/Bundorute_Peggy?oldid=3471871"
Community content is available under CC-BY-SA unless otherwise noted.