The Burmese Bandit, simply referred to as the Bandit, is an unseen minor antagonist in the 2008 superhero film The Dark Knight. He is an evil bandit who Bruce Wayne/Batman's butler Alfred Pennyworth encountered and fought in his past.

According to Alfred, the bandit was attacking caravans from the Burmese government, filled with precious stones and jewels. The stones were intended to be traded with tribal leaders to ensure loyalty and peace, but the bandit would come out of nowhere and attack the caravans, stealing all of the stones and presumably killing those carrying them. Alfred and his friends, who were working for the Burmese government at the time, were tasked with hunting down the bandit and tracking down the stones. However, even after searching for 6 months, and after countless interrogations and searches, they never found anyone who had come into contact with him, or traded for precious stones.

Then one day, Alfred came across a local child playing with a massive ruby, which he was certain was one of the stones they were looking for. At that moment, Alfred and the others discovered that after stealing the stones, the bandit would simply throw them away. It was then that they realized that the bandit was not stealing the stones to make money or preserve power, or even stop negotiations with the tribal leaders and the government, but simply because he thought it was good sport and was into the thrill of it, and that he simply enjoyed being evil.

After a long time of continued searching, Alfred and the others finally got tired of the bandit elusiveness and proceeded to set fire to the forest itself. The flames and smoke drove the bandit out of hiding, and he was finally apprehended. It is unknown if he remained in prison, was put to death, or died in prison.

After the arrival of the Joker, Bruce Wayne tries to determine what his goals or motivations are. He tries to better understand the Joker's criminally insane and chaotically evil mind, to which Alfred says that it is a mind that no-one can ever fully understand. Alfred tells Bruce the story of the bandit to illustrate his point, saying that people like the Joker do not seek wealth, power, or the like, but simply desire to cause chaos, anarchy, and evil. Later, after the death of Rachel Dawes, Bruce feels defeated and broken. He wonders what Batman can do to stop the Joker and what chance he has under such pressure. He asks Alfred how he caught the bandit, and after Alfred tells him how, Bruce takes this as an inspiration and uses the concept to flush the Joker out in a similar fashion.

The bandit was not greedy or power-hungry, but simply an anarchist who loves to do wrong. He sees it as a game of sport, and is determined to be the winner under any circumstances. While he never actually appears, Alfred's description illustrates him as being uncaring and a violent thrill-seeker. 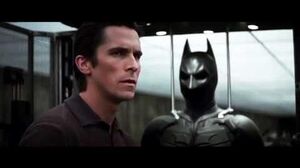 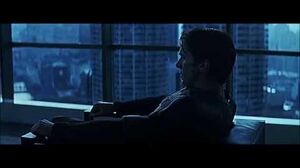 The Dark Knight (2008) Scene "Burn the forest down" Harvey wakes up.
Add a photo to this gallery

Retrieved from "https://villains.fandom.com/wiki/Burmese_Bandit?oldid=4270026"
Community content is available under CC-BY-SA unless otherwise noted.