The Businessmen are the main antagonists of the YouTube animation Cream, created by the legendary British animator David Firth.

After 6 years of working on a product, it finally got created by the name Cream, created by Doctor Jack Bellifer. The doctor used the cream on various people which had medical issues. The cream instantly fixed all of their health problems. People which are missing body-parts got their parts re-created. The cream even brought the recently deceased people back to life. The doctor explained that everything broken in the world will get fixed by cream.

After the doctors explanation, a woman appears laying in her medical bed, dead. A medical worker made her drink the cream, which made her get back into life again. The worker then also put the cream on her face making her look much younger, plus adding onto the women various jewelry. The doctor then also explains that mental degeneration and problems can be fixed by cream also, by pushing a vaccine of cream inside of peoples heads. People started using the method of vaccines in order to keep their brains active.

The doctor also pointed out that people which get inside of a pile of cream, get transformed into a light energy. After the doctor got asked if he will lose the materials to make the cream, to which the doctor explained that he made a new version of cream where the cream duplicates it's self, making the cream available for free to anyone. After it shows people using cream to make nature grow, bring dead people from wars into life, a poor child duplicating food for it's existence.

Then the news came along, telling the people that cream can fix all the problems on earth. To which rich businessmen spoke to each other deciding to ruin Doctor Jack Bellifer's carrier and life. The businessmen ended up making false stories about the cream, saying that it causes cancer and various other deceases, also that Jack Bellifer is a rapist and that he and his team which are pedophiles use dead babies to make the cream, showing footage of people getting poisoned and in pain because of the cream's fixing.

The people & police then instantly started destroying all the cream, ruining and removing all the cream of the world. In the end, a new version of cream created by possibly one of the businessmen appear as an advertisement, saying it only fixes skin problems, and that it is in small effectiveness. While Doctor Jack Bellifer got arrested permanently in prison for the allegations. 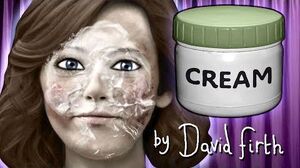 Cream by David Firth
Add a photo to this gallery

Retrieved from "https://villains.fandom.com/wiki/Businessmen?oldid=3580925"
Community content is available under CC-BY-SA unless otherwise noted.