Buster (Lady and the Tramp)

Leader of the Junkyard Dogs (formerly)

Being on his own.

Get revenge on Tramp for choosing Lady over him (failed).

He was voiced by Chazz Palminteri, who also voiced Smokey in Stuart Little while his singing voice was provided by Jess Harnell.

Buster is the egotistical leader of the Junkyard Dogs, and his breed appears to be a Doberman/Rottweiler mix. He is very interested in Angel and calls her "his girl", even though she despises him and repeatedly emphasizes this. He pretended to be nice to Scamp when he tried to make him a Junkyard Dog. However, in reality, he is a selfish, angry, arrogant and manipulative jerk since he used Scamp to get back at the pup's father Tramp for betraying their friendship, even though he should have been supportive and charismatic of Tramp for finding love, though it is likely that he wants Tramp to stay on the streets with him, thus showing no care for his choices as well.

Buster is first seen throwing the Dogcatcher's hat; later on, when he discovers Scamp, he decides that before he can make him a "Junkyard Dog" he'll give him a "test" to show that he's brave enough. The test is to retrieve a can from Reggie's alley, but Scamp ended up getting Reggie sent to the dog pound after a big chase, which makes the Junkyard Dogs look up to him and made Buster, who tries to convince Scamp that a Junkyard Dog is supposed to help only itself and not help others, jealous. Later that day, the Junkyard Dogs reveal to Scamp that his father Tramp was once best friends with Buster. Fed up with Sparky's false tale of Tramp's fate, Buster reveals the real version of why Tramp left the Junkyard Dogs: He fell in love with Lady, which Buster considers a betrayal to their friendship. He stresses how angry he was that Tramp didn't follow the rules.

The next day, on the Fourth of July celebration, Buster is seen watching Scamp's family from the bushes and realizes the relationship between Tramp and Scamp by seeing that they scratch in the same manner. He then tells Scamp that for his "final test" he wants him to wreck their picnic and steal their chicken. Scamp does so to prove that he isn't a house dog. Buster then leads the Junkyard Dogs to wreak havoc on the celebrations and then meets up with Scamp and Tramp in a dead-end alley where he convinces Scamp to abandon his father, which Scamp does, leaving poor Tramp depressed. Buster then officially lets Scamp join by removing his collar.

Later, when Angel confronts Scamp on choosing to be a Junkyard Dog instead of returning to his family, Scamp accidentally reveals Angel's secret wish to have a family, and Buster kicks her out of the junkyard. When Scamp looks for Angel, Buster thinks Scamp wants to become a house dog and uses one of his members as bait to have Scamp captured by the dogcatcher and finally achieve his revenge against Tramp. When Scamp gets caught while running from the dogcatcher, he sees Buster and thinks he will rescue him. Buster refuses and leaves, ignoring him. Scamp suddenly discovers that Buster was actually doing all this for revenge (as well as trying to remind him that a Junkyard Dog only helps itself and not others), and finally realizes that a family is more than rules.

After escaping the dog pound, Scamp, Tramp, Jock, and Trusty go back to the junkyard, where Scamp returns for his collar and gets revenge on Buster by trapping him underneath an enormous pile of junk. The other Junkyard Dogs, who decide to help Scamp keep his revenge, ditch Buster to find families of their own, leaving him alone and stranded while Buster calls for them to come back and get him out of the junk, possibly even trying to convince them that he promises to help other Junkyard Dogs.

It is unknown what happened to Buster afterwards. 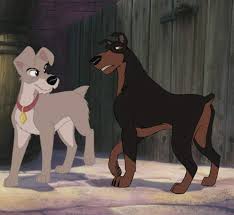 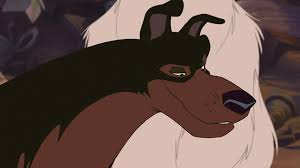 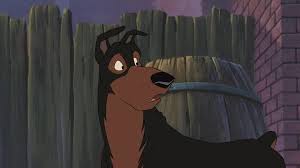 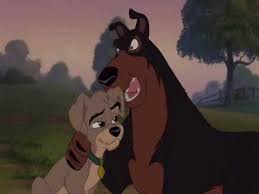 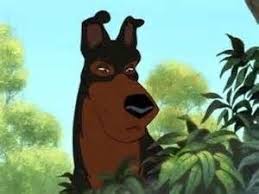 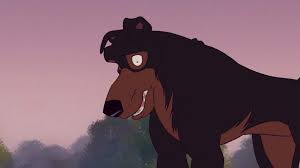 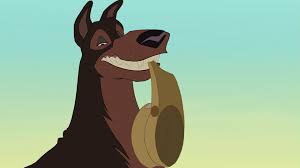 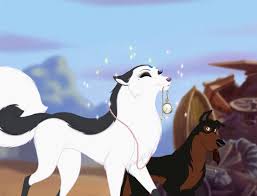 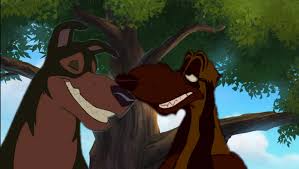 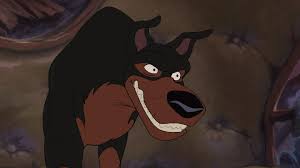