Villains Wiki
Register
Don't have an account?
Sign In
in: Rivals, Animals, Tom and Jerry Villains,
and 39 more

Butch is the main antagonist of the Tom & Jerry franchise. He is initially the main villain and Tom and Jerry's arch-nemesis, but sometimes he becomes friendlier towards them.

His first appearance in the Tom and Jerry series was in the 1943 short "Baby Puss" alongside Topsy and the already-established Meathead. His character, however (along with the character of Toodles Galore), first appeared in the 1941 MGM short The Alley Cat, directed by Hugh Harman. Butch is the leader of the alley cat bullies who usually help Tom catch Jerry (although sometimes, he becomes enraged at Tom when the rivalry between him and Jerry has gone far enough).

In his first appearance, Butch was an antagonist, tormenting Tom after Tom's young girl owner treated him like a baby—to the point of dressing Tom up in a diaper, a bonnet, and pink paw mittens. Thus costumed, Tom couldn't help but be a figure of fun—both for Butch and his gang, and for Jerry. Butch also battles with Tom over Toodles Galore and her affections in a couple of shorts including the 1946 short Springtime for Thomas and the 1951 short Casanova Cat.

Butch also appears in the direct-to-DVD film Tom and Jerry: A Nutcracker Tale, where he is shown to be a part of a gang of alley cats led by the King of the Cats who live outside a theater. After Tom discovers that magic is bringing the toys inside the theater to life, Butch and the other cats go inside the theater and are affected by the magic as well, being turned into soldiers. Butch then took part in taking over the toy's kingdom and capturing all the toys. He was later one of the Cat Guards brought along by Tom when he was sent out to go finish off Jerry and his friends.

Butch later appears in the 2021 film Tom and Jerry as the secondary antagonist. 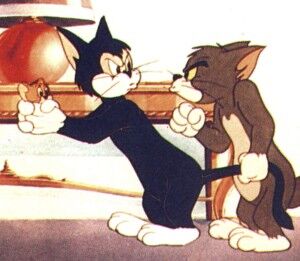 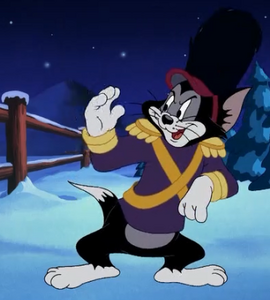 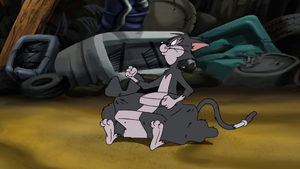 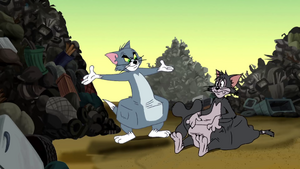 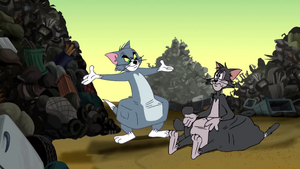 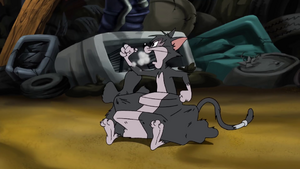 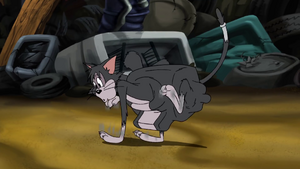 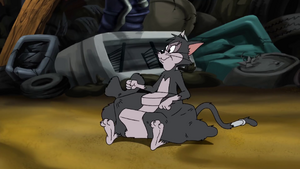