The Butcher Gang also appear as the main antagonists of the cartoons made by Joey Drew Studios, usually antagonizing Bendy.

Charley/Piper is a nearly bald ape with large ears, a black nose, and a black beard.

Barley/Fisher is a sort of pirate with a white hat, a black eyepatch on his right eye, a black pipe in his mouth and white gloves on his hands.

Edgar/Striker is a black spider with two sharp teeth.

Piper will appear for the first time coming out from the Butcher Gang's poster and trying to kill Henry. Some dead Pipers and a Dead Fisher can be seen in the room of the Borises. Corrupt Alice is also seen torturing a Piper. The rest of the Butcher Gang will roam around the map and will try to kill Henry. Henry can survive hiding or killing them.

This time The Butcher Gang plays a small role. They are gathered around a fire in a barrel in one of the levels. The player must use bacon soup to survive. If not,they will kill Henry.

They again make a small appearance. They appear in one of the last parts of the chapter, being in the maze.

The Butcher Gang appears as supporting and optional antagonists. In Boris's safehouse, there is a special room with a Little Miracle Station-like station in the middle. There are five keys that need to be collected, and getting them all and opening the station will unlock the Butcher Gang as random encounters. They aren't following the same direction, making them three different enemies. Compared to Ink Bendy, the Projectionist, Twisted Alice and Borkis, they will stop chasing after Boris if he escapes far away. 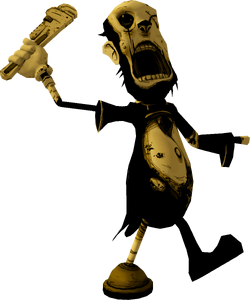 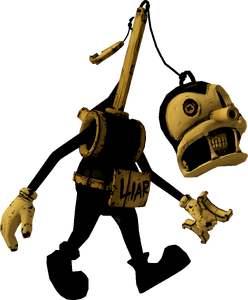 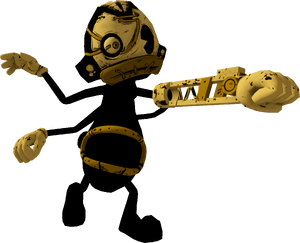