The Butterfly Orphnoch was taken hostage by a group of Human Liberation resistance fighters led by Mizuhara when they infiltrated the Smart Brain headquarters. The rebels demanded she tell them the location of the Emperor's Belt but she instead assumed her Orphnoch form to fight off the resistance fighters. The humans attempted shoot her but their bullets failed to penetrate her tough Orphnoch skin and were forced to fall back when other Orphnochs arrived to attack them.

The Butterfly Orphnoch pursued the humans outside only for Kamen Rider Kaixa to show up and destroy the Orphnoch with his Grand Impact.

The Butterfly Orphnoch appears in the World of Faiz. After she finds out that she is unable to become a student at Smart Brain High, she attacks a security officer only for Kamen Rider Faiz to arrive and destroys her with his Sparkle Cut attack.

The Butterfly Orphnoch was among many other revived monsters who were part of the Dai-Shocker army in the World of Decade that fought a gathering of 25 Kamen Riders. 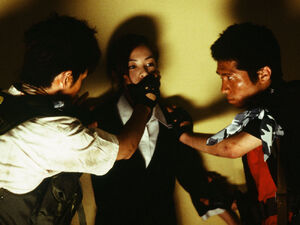 The Butterfly Orphnoch cornered by members of the human resistance. 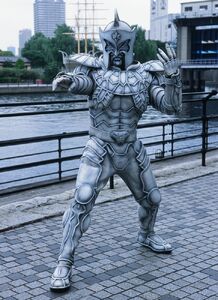 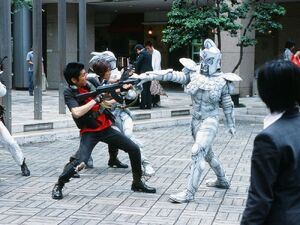 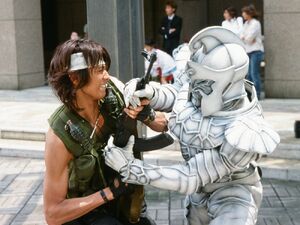 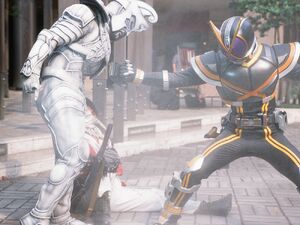 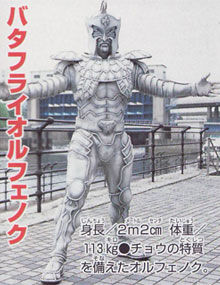