Assistant to Dr. Yado (formerly)
Leader of the Joy Boys

Make Brad Armstrong suffer as much as possible for not protecting Lisa (formerly).

Spread Joy across Olathe on Dr. Yado's orders.
Kill Dr. Yado (all succeeded).
Make sure Buddy takes the Joy vaccine to save the world and undo the damage he has caused (determinant).

Bernard "Berny" Buttfart, better known as Buzzo, is the main antagonist of LISA: The Painful and a supporting character in LISA: The Joyful.

Seemingly having taken interest in Brad Armstrong. Buzzo also confronts Brad on many occasions. He is a mysterious warlord who is heavily involved in Olathe's Joy trade and offers Joy to Brad on many occasions. It is later revealed that he seeks revenge against Brad Armstrong due to blaming him for the death of Lisa Armstrong, the titular character of the series and the one he once loved.

Eventually, Bernard, now called Buzzo for his deeds, refuses to continue mutilating Lisa. Lisa, unable to stand Marty's abuse and rape, and Brad's failure to help her, commits suicide. Buzzo blames Brad for failing to rescue his love and is determined to blame anyone but himself. Eventually, he kidnaps Brad's adoptive son Dusty and saws off his face. Dr. Yado and Buzzo ultimately succeeded in their plan, with much of Olathe being killed in the war, killed by the mutants, or mutating themselves. Having now served his purpose, Yado casts Buzzo and what little remains of his gang aside to act as the sole ruler of his new world.  Buzzo acknowledges that Brad was a good man who truly loved Buddy, Buzzo finally begins to mutate from joy use, becoming an enormous mutant before Buddy's eyes. Even in his Joy-addled state, Buzzo is able to thank Buddy for freeing him as he dies. 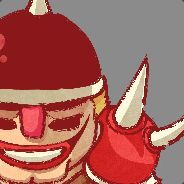 Steam avatar of Buzzo.
Add a photo to this gallery
Retrieved from "https://villains.fandom.com/wiki/Buzzo?oldid=4062906"
Community content is available under CC-BY-SA unless otherwise noted.