Viluy, better known as Byruit, is the fourth member of Witches 5 to work for Doctor Tomoe.

She was voiced by Yoshino Takamori in Sailor Moon S, and Rina Honizumi in Sailor Moon Crystal in the Japanese version, and by Daniela Olivieri in Cloverway dub and Julie Ann Taylor in VIZ media English dub.

Following the death of Telulu, Byruit was put in charge of gathering Pure Heart Crystals. Her plan involved targeting students taking final exams at the Mugen Academy. Using her civilian identity, she approached Ami Mizuno, alias Sailor Mercury, the only person to tie with her for the top score on the exam.

After the beginning of the exam, she put her plan into action. Using computers, she removed the Pure Heart Crystals of all the students in the school. When Sailors Uranus, Neptune, and Mercury were found in a restricted area of the school, she confronted and attacked them. Using her special nano machines, she easily overpowered them, until the remaining Sailor Guardians arrived. Sailor Moon was able to destroy the device she used to control the nano machines, causing them to turn on their creator. The machines ultimately dissolved Byruit, leaving only the the Nanocuff, which later crumbled to dust.

Byruit holds no value on emotions, seeing science and logic as the only necessary qualities. Because of this, she seems to show respect to those she sees as intellectual equals, such as Ami. However, this belief leads to her downfall, as the emotionless machines she so values ended up destroying her. She also seems to view Kaorinite as useless, saying that she only spends time flirting with Doctor Tomoe.

Byruit is one of the more intelligent members of Witches 5, being able to develop nano machines capable of attacking her enemies among other tasks. 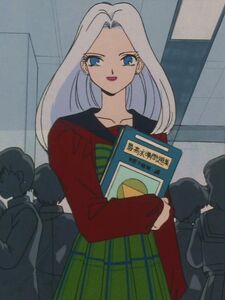 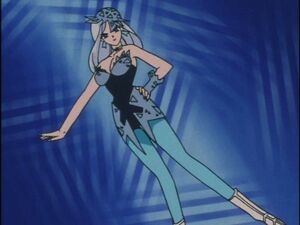 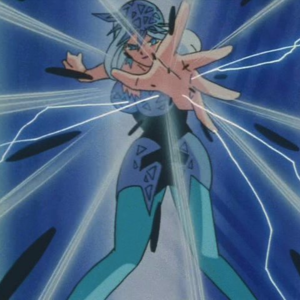 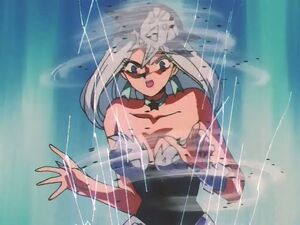 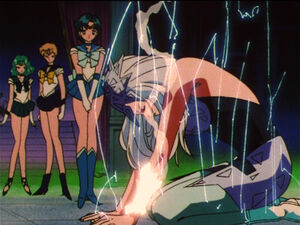