Tyrannical supreme ruler of the Grid

Exterminating and stalking the ISOs.

Establish his ideal notion of order.

Conquer the real world with his programs army and purify it (both failed).

Codified Likeness Utility 2.0, or simply known as CLU 2 or Clu, is the main antagonist of the 2010 Disney sci-fi film TRON: Legacy (which is the sequel to the 1982 film TRON) and the 2012 animated series TRON: Uprising. He also appears as the secondary antagonist of the 2010 video game TRON: Evolution. He is the cruel and tyrannical ruler of the Grid virtual world and was created by Kevin Flynn, the creator of the Grid itself.

In TRON: Uprising and TRON: Evolution, CLU was voiced by Fred Tatasciore, who also voiced Poseidon in God of War, Major Force in Batman: The Brave and the Bold, Tony Alpert in Battlefield: Hardline, Mandarin in The Invincible Iron Man and Witch Doctor in LEGO Hero Factory.

CLU 2, named after the original program destroyed by Sark, was originally created by Kevin Flynn from his own being to monitor the growth of the Grid while he was absent with the all powering directive to make the world "perfect."

Unfortunately, Flynn spent a great amount of time away from the Grid. CLU became angry and resentful due to the fact that he needed Flynn's approval for many of his directives and he felt that this task was overwhelmingly difficult. The final straw was the discovery of a new set of programs called the ISOs, programs born from nothing that just materialized.

While Flynn and Tron viewed these programs as miracles, CLU viewed them only as abominations that threatened the supposed perfection of the system. Using the Abraxas Virus to mask his attempts, CLU betrayed his two friends, seized power, and supposedly killed Tron (but in reality repurposed him into his right hand enforcer Rinzler). CLU then initiated an almost total genocide of the ISOs (thanks to the efforts of the program Anon, the final ISO named Quorra was able to escape CLU's wrath and fled into exile under Flynn's care).

21 years passed and the situation grew unstable, as Flynn's resistance only made CLU very stronger, and that the only way to destroy him was for Flynn to reintegrate with him; at the same time CLU made plans to make the Human world "perfect" as well in his own image. To do this, he would need Kevin Flynn's identity disk, as well as for a human to enter from the other side. When some hackers inadvertently released a digital pulse, CLU used the opportunity to send a message to Flynn's old partner Alan Bradley. Though Bradley didn't come through, Flynn's son Sam did, which created an even greater opportunity.

After meeting Sam and forcing him to fight in the Game Grid (a series of gladiatorial battles), Sam was rescued by Quorra, who evaded capture. Sam's efforts to find help inadvertently led CLU to Flynn's hideout, but Flynn and Quorra had already departed to help Sam. During the raid he was overwhelmed with memories and lashed out in rage at the objects on Flynn's desk. He then stole the disk from another ISO, Zuse (who had stolen it from Flynn), before betraying Zuse and blowing up his bar. CLU and his army then prepared to use the disk to cross over. However, the Flynns and Quorra were already en route to the portal and they were able to arrive at the army's staging point. Sam was able to overpower Rinzler, rescue Quorra, and easily reclaim the disk due to the cowardice of CLU's assistant Jarvis.

After executing Jarvis, CLU pursued his foes to the portal, fending off a redeemed Rinzler in the process. At the Portal, CLU confronted his creator for the first time in more than two decades, arguing about how much he had "done everything that you asked" for an impossible task. Flynn accepted the arguments and apologized for giving CLU an impossible task, explaining that he had been wrong to try and pursue perfection, stating that he didn't know that before when he created CLU.

Rather than forgiving Flynn, CLU lost his temper completely and attacked Flynn. Outraged, Sam angrily assaulted CLU for hurting his father, but CLU took advantage of Sam's wrath against him until Flynn told him to stop. CLU then made a desperate effort to attack Sam and Quorra as they fled to the portal after being tricked into taking Quorra's disk from Flynn when Flynn's actual disk was on Quorra. In an effort to save his son and the ISO, Flynn sacrificed himself by reintegrating CLU into himself, causing a massive explosion that not only killed both the elder Flynn and the raging CLU but also destroyed CLU's ship, sending thousands of programs loyal to CLU to their deaths as well.

CLU is first seen in the Rectifier, approached by Rinzler. Rinzler hands his Identity Disk to the dictator, who uses its playback function to examine footage of Sora and his Keyblade. CLU, fascinated by the weapon, begins to get an idea.

Later, after Sora is thrown into the Disk Wars and pitted against Rinzler, CLU arrives and confirms Sora's suspicions that he was the one who repurposed Tron. CLU offers Sora a chance to restore Tron in exchange for his Keyblade. When Sora refuses, an unconvinced CLU orders Rinzler to battle Sora to take the Keyblade by force.

Eventually, Sora is able to defeat Rinzler and redeem Tron. An enraged CLU proceeds to throw his Identity Disc to kill Sora, but Tron deflects the disc. The disc manages to strike the floor where Tron is standing, and he falls to his death, with Sora unable to save him. CLU retreats to retrieve Rinzler, vowing to deal with Sora later.

Upon Riku's arrival to the Grid, he is captured and sent to the Light Cycle arena. There, he meets CLU, who admits that it is a rare pleasure to join the Light Cycle battles before leaving the Keyblade wielder alone.

CLU is not seen again until Riku, the Flynns, and Quorra arrive at the portal. CLU accuses his creator of breaking their promise of creating the "perfect system" together and summons the Commantis Nightmare to demonstrate the capabilities of the system.

After Riku subdues the Nightmare, Kevin apologizes to CLU, but CLU kicks aside his user and, following a scuffle with Riku, Sam, and Quorra, retrieves Kevin's Identity Disc. However, CLU realizes that Kevin and Quorra swapped Identity Discs and tries to get Kevin's disc back, only for Kevin to reintegrate with CLU. 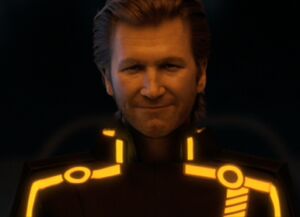 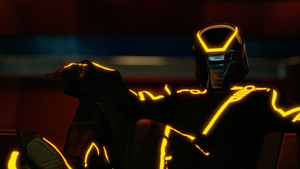 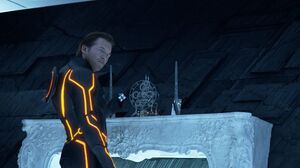 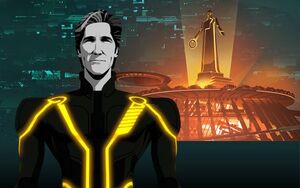 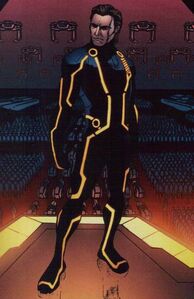 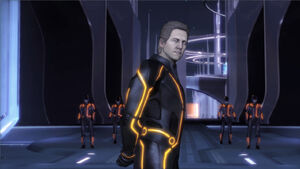 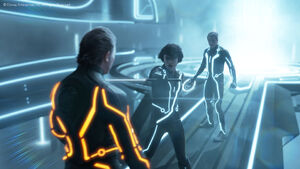 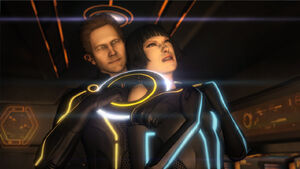 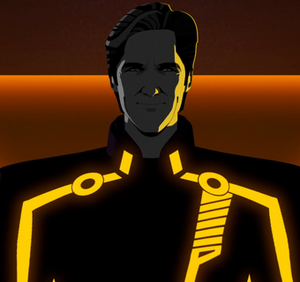 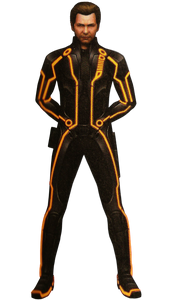 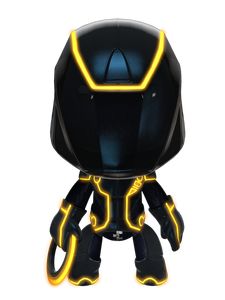 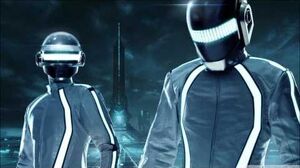 Retrieved from "https://villains.fandom.com/wiki/CLU_2?oldid=4088003"
Community content is available under CC-BY-SA unless otherwise noted.