The Ghastly King is the true final boss of Donkey Kong Jungle Beat. He resembles Cactus King in the game and is fought in the same way. Before reaching him, through a similar level as he went through to fight Cactus King. However, this time, the level is much harder. His attacks are similar to that of Cactus King's, but include several new ones. The new attacks include the ability to spit balls of energy out of his mouth at Donkey Kong, as well as being able to kick him in midair. However, the balls can be destroyed by using Sound Wave Attack. 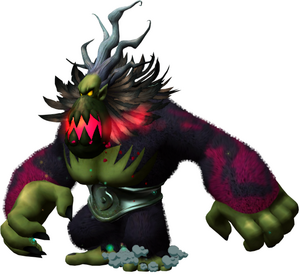 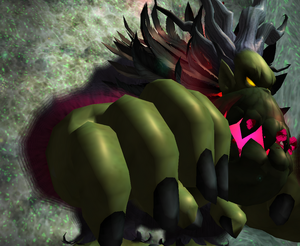