Get the part of his brain removed that makes him feel bad for killing.

Be the best killer there ever was.

Cage is a wannabe serial killer and one of the protagonist villains from Twisted Metal: Black. He enters the Twisted Metal contest to have Calypso removed apart of his brain that gives him remorse.

He was voiced by Joe Herrschaft.

Cage was a serial killer who had something of a rivalry with Sweet Tooth, but felt sad and remorseful whenever he murdered someone. Determined to overcome this, Cage entered Calypso's Twisted Metal tournament, wanting Calypso to remove the part of his brain that made him feel remorse. When Cage managed to win, he went to demand his prize and Calypso went to work, operating on Cage's brain. Not only did he do as the serial killer wanted, but he also removed Cage's hands and replaced them with a new set of claw-like blade hands. Cage was extremely pleased, planning to make the blades his trademark, and set out to become an even more feared serial killer than Sweet Tooth.

Cage is a bald man, around in his 30s or 40s, having red eyes and wearing a green jacket with a white shirt and wears a pair of sunglasses. While in the cutscenes he wears a black jacket instead and didn't have his sunglasses.

Cage is portrayed as a ruthless serial killer who wants little to nothing more than to become the best killer in Midtown and deems that killing is his passion and has a lack of empathy for human life. However, soon after killing people for 12 years, he became remorseful whenever he killed someone. He seems to have a rivalry with another serial killer named Sweet Tooth, even crossed paths with him. But was overpowered by Sweet Tooth, leaving him only a head and torso, keeping Cage alive to teach him a lesson.

Cage's vehicle is Warthog, which consists of a station wagon strapped to a set of tank treads. It is well armored, but lacks in speed and maneuverability, and has a set of mounted guns, as well as a flamethrower cannon. 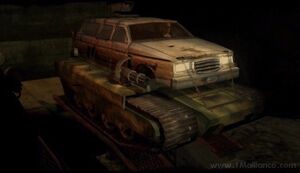 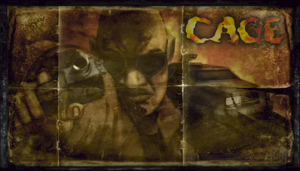 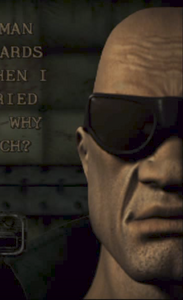 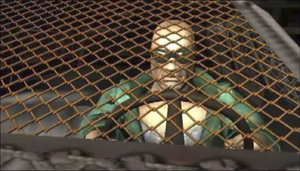 Cage being confronted by Warhawk. 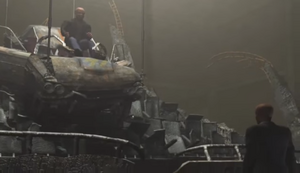 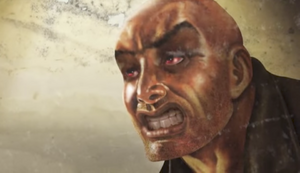 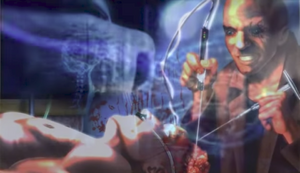 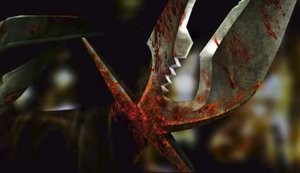 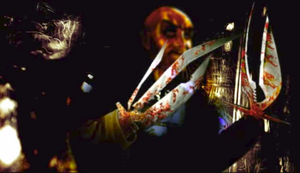 Cage with his new "hands". 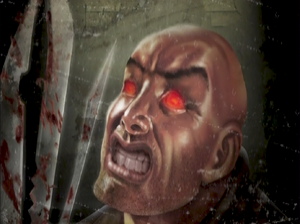 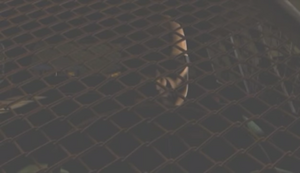 Cage preparing to become the best killer there ever was. 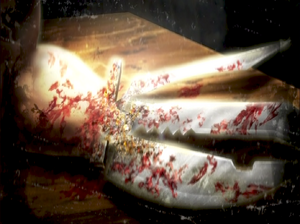 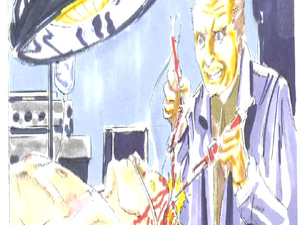 A concept art of Cage's surgery. 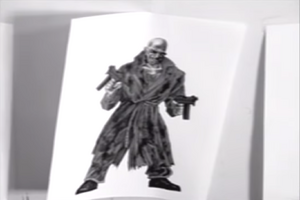 A early concept art of Cage.
Add a photo to this gallery 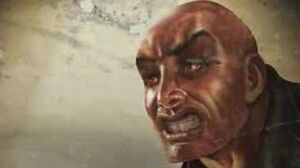 Retrieved from "https://villains.fandom.com/wiki/Cage?oldid=3887358"
Community content is available under CC-BY-SA unless otherwise noted.