Lord of the Void

The Dark One
Evil-God(Japanese only)

Lord of the Void

Commanding his minions to destroy Yggdrasil and the entire world.

Calasmos (邪神ニズゼルファ,Evil-God Nizuzerufa) is the main antagonist of Dragon Quest XI. He is the Dark One, once thought defeated by the legendary Luminary named Erdwin.

Before the event of the game, Calasmos want to engulf the entire world into darkness. The original Luminary named Erdwin and his party fight him and defeated him. However, just as Erdwim is about to give the finishing blow. He was betrayed and murdered by the mage Morcant, who was manipulated by Calasmos to commit the murder, he than process to claims Calasmos's power for himself and become the evil mage Mordegon. Without the Luminary,  the Lord of the Void cannot be destroyed. So the priest Serenica and the Watchers sealed Calasmos's body away and sent him to space in his prison which resembles an orange orb. The orb will be later called Erdwin's lantern.

However, Calasmos's soul is not sealed away and wondered around.

His spirit form than appeared and witnessed the birth of the Luminary. He eventually left as Mordegon attack Dundrsail.

He didn't reappear until in Gallopolis, where he expressed amusement that the Luminary is able to see him. He than tried to merge with the Erdwin's Lantern to rebirth. However, his body and prison is soon destroyed by Mordegon, who wanted claims the world as himself. Calasmos than watch in despair as his body is destroyed. Thus losing his only chance to rebirth.

However, after the defeat of Mordegon, the Luminary travels back in time to the day before the fall of Yggdrasil in order to reclaim the deceased Veronica. Calasmos's soul followed him travels back to the past as a result.

Then, after Jasper's death, King Carnelian, still possessed by Mordegon tries to take the Sword of Light, but is hit by Calasmos. So he suggested to hold a carnival in Helidor Castle to find another chance to claim the Sword of Light. However, Calasmos hit Mordegon again during his second attempt. This also cause Mordegon to be caught by the Luminary and is ultimately slain.

Calasmos than goes to Gallopolis again and this time, successfully merging with his body to rebirth. His rebirth caused a large amount of monsters to go malicious and bring back the supposedly deceased Arachtagon to live.

When the Luminary and his party fixed the mess caused by him and collected enough items, they face the Lord of Void. And eventually defeated him. This time, there is no betrayal and Calasmos ultimately dies in a explosion of light.

Throughout the game, he is usually shown in his soul form, which is a black Tockle. However, when his soul reunited with his body, he has green armor.

Calasmos is shown to be extremely malicious. He will stop at nothing to bring total destruction to the entire world. 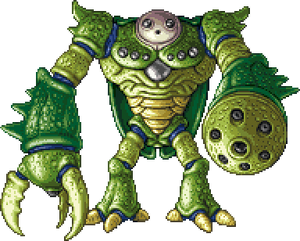 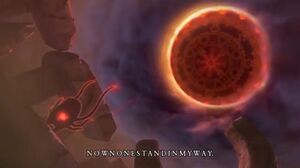 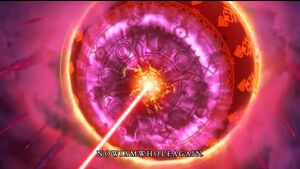 Calasmos merging with his body. 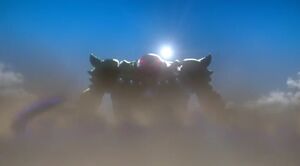 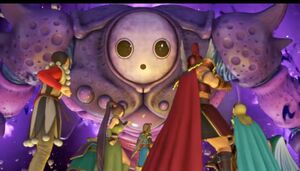 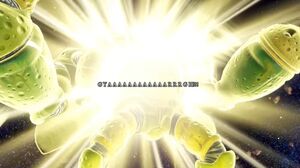 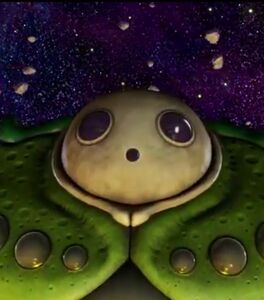 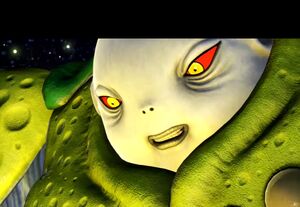 Retrieved from "https://villains.fandom.com/wiki/Calasmos?oldid=3720997"
Community content is available under CC-BY-SA unless otherwise noted.