Operating his own communications network

Eliminate anyone who stands in his way.

Criminal Mastermind
Calculator (real name: Noah Cuttler) is a supervillain native to the DC universe and is an example of the evil knowledgeable/mastermind archetype; although he is not very physically intimidating, he is incredibly knowledgeable and arguably even more dangerous as a result.

Noah Kuttler began his criminal career by crossing the country and getting into fights with various superheroes; analyzing and recording their battle tactics to ensure that he couldn't be beaten again. However, he ended up in prison serving nine consecutive life terms. Kuttler escaped from prison and decided to reinvent himself.

Hearing tales about a hero coordinator named Oracle, Kuttler turned himself into the Calculator; an "Oracle for supervillains". Being friends with several villains, he began to get people jobs and soon created a large network of information and connections thanks to his own intellect and information archives.

Batman: the Brave and the Bold

In this version, Calculator's real name is Myron (surname unknown), who is a heavyset middle aged man who works out business outcomes with supervillains. He lives with his mother in a suburban home. Batman and Huntress interrogated him about why Babyface sprung his old gang out. He tells them that Babyface is planning a break-in at Warehouse X. He later appears in the Batman: the Brave and the Bold comic issue #6, only with a different look.

Calculator also plays a large role in the DC Universe Online video game where he acts as the guide for new villains, giving them mission briefings and information as well as supplying them with small rewards and contacts.

He appears as a villain in the fourth season of the TV series, Arrow. Additionally to being a cyber terrorist, he is also the father of heroine Felicity Smoak.

He appears in the LEGO Batman Movie. 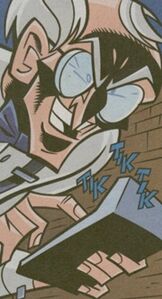 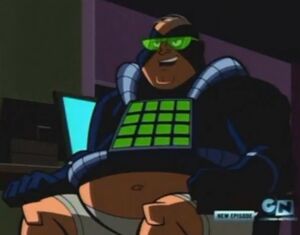 Calculator in Batman: The Brave and the Bold. 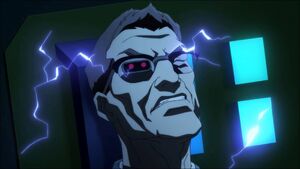 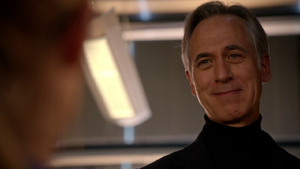 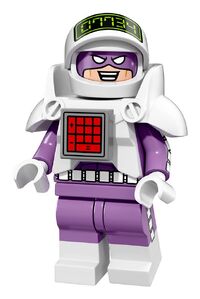 Retrieved from "https://villains.fandom.com/wiki/Calculator_(DC)?oldid=3343011"
Community content is available under CC-BY-SA unless otherwise noted.