Leader of the Jupiter Empire

Fire the colony laser at Earth.

Callisto's Light is the main antagonist of the manga Mobile Suit Crossbone Gundam Steel Seven. He is the new president of the Jupiter Empire remnant that is loyal to Crux Dogatie, and also is the twin brother to Callisto's Shadow.

He was voiced by Akira Sasanuma.

Callisto's Light followed his cousin Dogatie's ideals of believing that the spacenoids are superior then the Earthnoids, desiring to turn the Earth into a wasteland. Callisto's Light is also cold enough to use his connection with Europa Dogatie to spy on the steel sevens, however, despite being a ruthless warlord, Callisto's Light cared about his brother Callisto's Shadow, saving him from death by uploading his mind into a bio-computer and later mourned for Shadow when he is killed.

After the death of Dogatie, Callisto's Light, with his charisma, managed to climb his way to be the new president of the Jupiter Empire. He shared with Dogatie's ideal of turning the Earth into a lifeless planet. He planned to use a colony laser in the Jupiter region to fire at Earth, causing it to become uninhabitable. In order to make sure the Earth Federation won't have enough time to make it to the colony laser to stop him, Callisto's Light sent his younger brother, Callisto's Shadow to ambush a research facility on the moon to stop the Federation from developing Mobile Suits that can travels to Jupiter quickly. Later, Callisto's Shadow landed on Earth to destroy the Mobile Suit Speed King, however, Callisto's Shadow and his Cornix was defeated by Tobia, Giri and Derek. Forcing Light to upload Shadow's mind to a bio-computer to keep him alive. 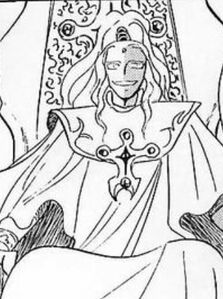 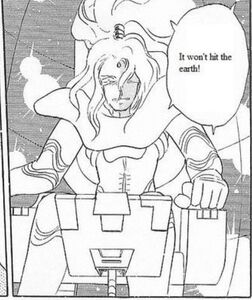 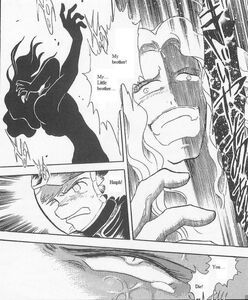 Callisto's Light mourning for his brother. 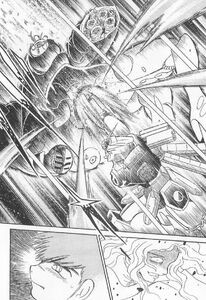