Eliminate various targets and collect bounties and credits (until his death).

Track down and capture Bastila Shan on behalf of Darth Malak (failed).

Calo Nord is a major antagonist in Star Wars: Knights of the Old Republic.

He is an infamous human bounty hunter who was active during the days of the Jedi Civil War, a galaxy-wide conflict that was instigated by renegade Sith Lords, Revan and Malak. During the conflict, he was neutral until the final days where he was hired by Darth Malak to track down and capture the Jedi Knight, Bastila Shan.

Calo Nord was born during the Old Republic era on an unknown planet. In his youth, his parents had sold him into slavery and spent most of his childhood as a slave. He grew to resent his masters and parents and at the age of 16, he managed to break free and kill his masters and later tracked down and killed his parents as revenge for selling him into slavery. After his escape, Nord immediately became a wanted criminal and a bounty was placed on his head which attracted the attention of various mercenaries. While escaping from the bounty hunters, Nord studied their tactics and eventually used them for himself and was able over overcome and kill any hunter there was sent after him.

Naturally, Nord had gained a reputation in the criminal underworld as a result of his actions and was able to kill any mercenary that was sent after him. Because of the numerous failed attempts, the Bounty Hunters' Guild had called off the bounty and he was declared too dangerous to be killed and all attempts on his life had eventually ceased as a result. Even after the guild had stopped tracking him down, Nord located them and killed the members who placed the bounty on his head in the first place and became a bounty hunter himself. During his time prior to his service in the Jedi Civil War, Calo Nord was hired by the Galactic Republic and took part in various missions in the Core Worlds and later, created his own personal suit of body armor modeled after the Mandalorian Neo-Crusaders, but he killed the original maker so he wouldn't have to keep paying him. Nord would occasionally work for the crime lord known as Davik Kang, the leader of the Exchange crime syndicate, who's operations were based primarily in the Outer Rim Territories on world such as Taris.

Nord was well contracted with Kang and the latter had hired him to go to Taris and bring back the heads of Rancors so he could mount them as personal trophies for his collection. While there, the human bounty hunter had visited many places such as the bounty office of Hutt Zax, an establishment located in the Lower City of locale of Javyar's Cantina. By the time the Jedi Civil War had been instigated by the Sith Lords, Revan and Malak, it's said that Nord had killed more people than the Iridian Plague, which was an impressive achievement at the time.

Knights of the Old Republic

In the year 3957 BBY, the Sith Lord, Darth Malak, had betrayed his master Revan and left him to die in his cruiser after it was boarded by a Jedi strike team and Malak open fired on the cruiser to kill Revan and his Jedi opponents. In the aftermath of the mission, Malak usurped power and claimed the title as the new Dark Lord of the Sith and took over the Sith Empire that he and Revan had established. Roughly one year later, the Sith Empire managed to conquere Taris and annexed it into their territory after the Jedi Knight, Bastila Shan, was found to be stuck on the planet after her ship crash landed. Taris was subjected to a blockade by the Sith Navy and ground troops were sent to the planet as a means of reinforcing the occupation as well as to aid in the search for Bastila. During the Sith quarantine of the planet, Calo Nord was on Taris doing business with Davik Kang where the two of them had encountered a Republic soldier named Revan on two occasions. The latter however, was unaware of his true past and was marooned on the planet with Republic Commander Carth Onasi after their ship, the Endar Spire, was destroyed by a Sith battle fleet while flying over Taris and they to were searching for Bastila in the Sith occupation.

During their search, Nord came into contact with Revan while he was in Javyar's Cantina where the bounty hunter was disturbed by three Black Vulkars and killed them not wanting to be disturbed. Revan tried to engage Nord in a conversation, but he had no intention of being disturbed and departed with the Republic soldier not being bothered as he had no intentions of being killed himself. Nord would later meet Revan while he was in the Lower City apartments where Nord killed two Rodians, Luugaro and his companion, so he could collect their respective bounties. Nord later appeared at Kang's estate where the enforcer of Kang, the Mandalorian Canderous Ordo, brought Revan, Onasi, and Bastila who was rescued by two Republic soldiers-to the estate. Ordo had introduced Revan to Kang as a person who was interested in joining the exchange. Nord had told the Mandalorian that it wasn't like him to take partners and taunted Ordo in the process. Revan and his companions were given a tour of the estate and were even shown the Ebon Hawk, Kang's cruiser. Revan and his companions later escaped while Nord went with Kang.

Some time later, Nord traveled over the orbit of Taris and was allowed into the Leviathan, the flagship of the Sith Empire. The Sith Lord Malak had met Calo Nord on the bridge. Krang and Nord made it to the Eban Hawk where Revan and his friends were also onboard trying to steal, but they all managed to escape the planet from the orbital bombardment ordered by Malak as a last-ditch attempt to kill Bastila as the Jedi was a major target for the Dark Lord of the Sith. After surviving the bombardment and devastation of Taris at the hands of the Sith, Nord made it to the bridge of the Leviathan after Krang was killed in a fight with Revan and his friends and the bounty hunter was hired by the Dark Lord to track down and capture Bastila Shan.

After managing to survive the near-destruction of Taris, Nord was brought onboard the Leviathan and was even granted an audience with Darth Malak, the one who ordered the bombardment in the first place. Admiral Saul Karath had brought the news of Bastila surviving to the Dark Lord right as Nord was walking into the bridge. Malak expressed his surprise that Nord was able to survive the debris and rubble from the now destroyed cities of Taris and the encounter with Revan, Bastila, and Ordo, but the hunter simply replied that he was difficult to kill. 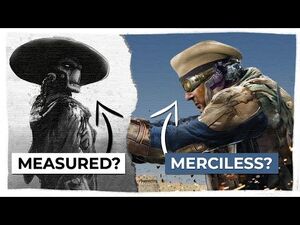 Who were TRULY the Most Ruthless Bounty Hunters in Star Wars History?