To murder people of Waterbury, Canada who committed crimes relating to the seven deadly sins (succeeded).

To frame Dylan for the murders and make Sarah love him (failed).

Cameron "Cam" Henry is a police officer for the town of Waterbury, Canada, and the main antagonist in the first season of the horror anthology series Slasher. Thirty years after a double homicide by the original Executioner, Cam uses the alias to punish those who took the seven deadly sins too far and win the heart of his crush, Sarah Bennett.

Cameron Henry grew up in Waterbury, Canada, raised by Suzy and Alan Henry. Little is known about his childhood, other than that he used to sleepwalk while wearing masks and had trouble with pissing his pants in his sleep. One night his mother was fed up with this and started to berate him, saying she's gonna make him wear a diaper. Cam pushed her down the stairs, killing her, and walked back to his room.

At some point, Cam attended a summer camp known as Camp Motega, where he saw and fell in love with Sarah Bennett, thinking her to be pure and innocent.

"Digging Your Grave With Your Teeth"

"As Water is Corrupted Unless It Moves"

"The One Who Sows His Own Flesh"

"In the Pride of His Face"

"Soon Your Own Eyes Will See" 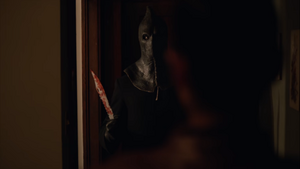 Cam as The Executioner. 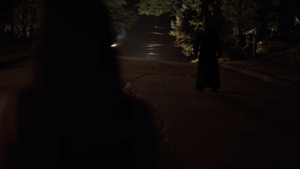 Cam appears as The Executioner for the first time to terrorize Sarah. 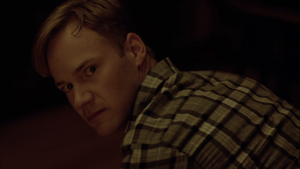 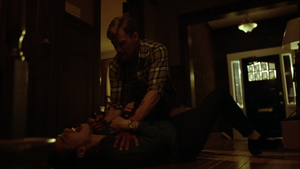 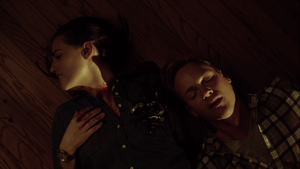 Cam cuddles up to Sarah and tells her about his obsession with her. 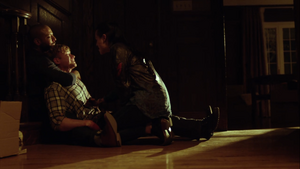 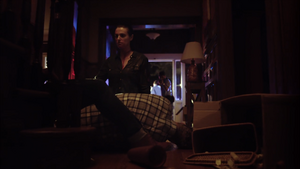 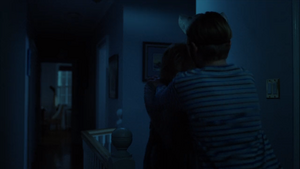 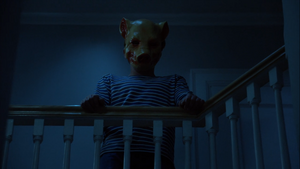 Young Cam admires his work from the upstairs.
Add a photo to this gallery

Retrieved from "https://villains.fandom.com/wiki/Cameron_Henry?oldid=3365201"
Community content is available under CC-BY-SA unless otherwise noted.