Leader of the FM-ians group (formerly)

Cancer is a recurring character in the Mega Man Star Force series. He is a FM-ian based on the constellation Cancer, the crab. He is partnered to Claud Pincer and the two can wave change into Cancer Bubble.

He was voiced by Richard Epcar in the English dub and voiced by Daiki Nakamura in the Japanese dub of the anime.

In the first game, he appears as an optional boss. His host Claud Pincer also can be found in the Big Wave Battle Card Ship. Cancer is fought at AMAKEN.

He once again appears as an optional boss. The only to fight Cancer is to talk to his host Claud, which appears on the Bunny Slopes ER at Grizzly Peak. Cancer's attack pattern his not changed since the first game.

In the anime, Cancer plays important role. In episode 17, after Cygnus defeat, Cancer becomes the leader of the FM-ians group; with the Andromeda Key (which was fake), Cancer tries to revive Andromeda. Cancer also becomes a fan of Sonia Sky. He and Lyra are the only two FM-ians to be spared by Gemini's deletion rampage to fill the real Andromeda Key in the last episodes of the first season.

In the second season of the anime, he becomes Sonia's assistant, he would often attempts to help her deal with personal matters when she was gone. He became more of a comic relief, as he always tries to assist Sonia, but would failed humorously, and also fails badly when he is in battle. 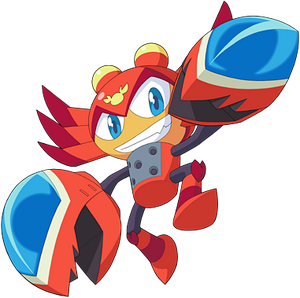 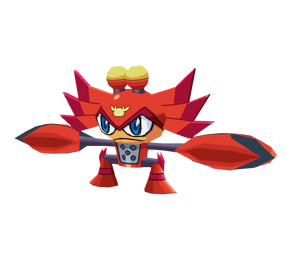 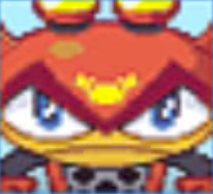 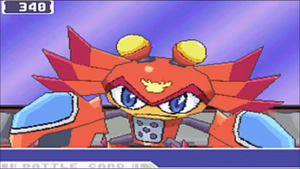 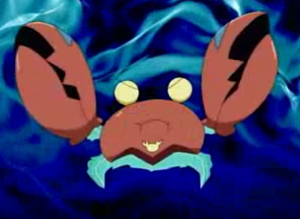 Cancer in the anime. 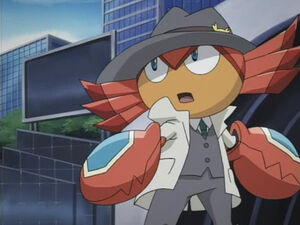 Cancer Bubble in the anime. 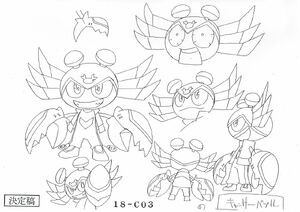 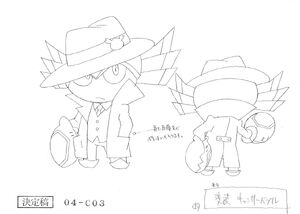 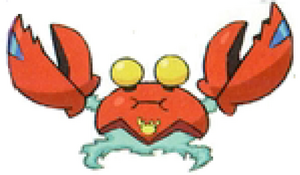 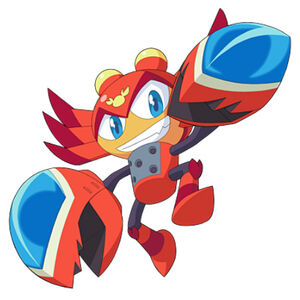 Cancer's design.
Add a photo to this gallery 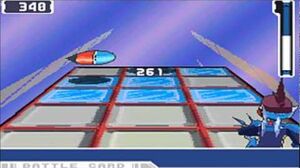 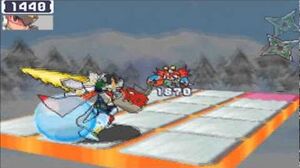 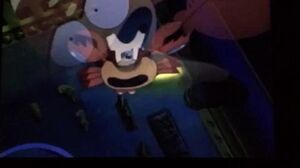 Retrieved from "https://villains.fandom.com/wiki/Cancer_(Mega_Man_Star_Force)?oldid=3216639"
Community content is available under CC-BY-SA unless otherwise noted.