Candice Michelle is a retired professional wrestler best known for competing in WWE, where she held the WWE Women's Championship on one occasion. She is also known for her tenure as a villainess in her early days in WWE, where she was seductive, arrogant, and quite vicious in the ring.

Candice's tenure as a villainous Diva began on August 22, 2005 when she and Torrie Wilson attacked Diva Search winner Ashley Massaro on Raw. After that, Candice and Torrie aligned with Victoria to form an evil trio known as "Vince's Devils." Along with Torrie and Victoria, Candice spent most of her heel tenure pushing around not only Ashley, but Trish Stratus and Mickie James as well.

Candice received her first opportunity at the WWE Women's Championship on February 27, 2006, but she was defeated by Trish Stratus. After the match, Candice slapped Torrie, showing signs of dissension between the group. The trio broke up after Candice's Playboy cover was released just a week later. At the cover unveiling on Raw, Candice attempted to force Torrie to admit that her cover was better than either of Torrie's past Playboy covers. When Torrie refused to do so, Candice gave the signal for Victoria to attack her, and Candice delivered her own attack towards Torrie afterwards. Candice was defeated by Torrie in a Playboy Pillow Fight at WrestleMania 22, but she continued acting as a villainess after the event in various backstage segments with Vince McMahon, as well as resuming her feud with Torrie.

On an edition of ECW on July 11, Candice appeared as Kelly Kelly's dance partner in that night's edition of Kelly's Exposé. Before their performance, the evil Candice seduced Kelly Kelly in a backstage segment to maintain her status as a heel. Candice's tenure as a villainess ended six days later. After competing as a babyface for nearly three years (which included a reign as WWE Women's Champion in 2007), Candice began slowly turning villainous while competing at house shows in early 2009. However, Candice was released by WWE months later, abandoning any possible plans for Candice to become a villainess once again. 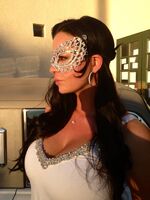 RAW 22nd August 2005: Torrie and Candice carry on their attack, and laugh about it

RAW 12th September 2005: The evil Candice Michelle gets into a catfight with Ashley

Unforgiven 2005: Candice gets some kicks in on Ashley and chokes her with a robe

RAW 5th December 2005: The evil Torrie and Candice try to attack Mickie James outside the ring, but get fought off

RAW 5th December 2005: Candice interferes by pushing Mickie James off the turnbuckle, which leads to Mickie losing the match 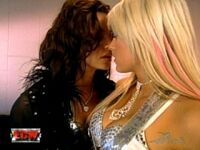 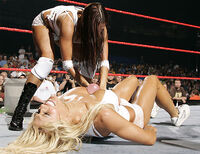 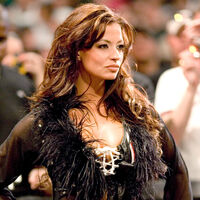 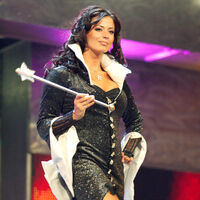 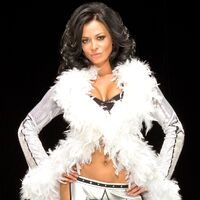