Candlejack, also known as "Candle Jack", is one of the main villains in the Freakazoid cartoon series.

He is a supernatural villain with a burlap sack over his head and looks like a real ghost. He floats, carries a candle with him and speaks in a low ghastly voice. Kids call him "the boogeyman, the for-real one". He appears whenever someone says his name and he ties them up. He has a weakness for pie and loves the western sitcom F Troop.

He was voiced by Jeff Bennett, who also voiced Bendy in Foster's Home for Imaginary Friends.

He debuted in the second episode "Candle Jack". Freakazoid and his girlfriend Steph were chaperoning a group of kids at a campsite and one of them tells the story of Candle Jack. Soon everyone starts saying his name and he appears and captures them. Freakazoid ran off to hang with Cosgrove and Cosgrove breaks the fourth wall and tells Freakazoid that Steph and the kids were in danger. Freakazoid goes to save the kids but says Jack's name and gets tied up as well. He remembers an F Troop episode and Jack starts laughing with him. Freakazoid then distracted Jack with pie and defeated the supernatural villain.

Candle Jack did not appear again until halfway through the second season in the episode "The Island of Dr. Mystico". Freakazoid, Cosgrove, and Steph were transporting the Lobe, Longhorn, Cave Guy, Cobra Queen and Candle Jack to a prison in Paris. Over the Atlantic, Dr. Mystico spots the airplane and makes it crash into the ocean, washing everyone up on the island. Longhorn gets captured by one of Dr. Mystico's henchmen and Freakazoid splits up the group. Cobra Queen and Steph were in charge of fixing the plane while the others went to find Longhorn.

Candle Jack was not given an assignment and asks Freakazoid what to do. He suggests that he should scare Professor Jones, to which he gladly accepts. For the remainder of the episode, Candle Jack is seen chasing the frightened professor all around the beach. When Freakazoid and others are running from Mystico's henchmen, they all board the plane and leave. Candle Jack is last seen in the series finale as one of the villains invited to the Lobe's party. Freakazoid crashes the party, foils their plan and sends them all away. Jack, along with the other villains, and the rest of the cast join together in song and sing farewell to the audience.

Candlejack has also become a meme on the Internet with a sight gag based on the element of abduction whenever someone mentions his name. Typically, it is represented as someone writing his name, only to end abruptly as if to indicate an immediate disappearance. It is humorously theorized that the messages are seen despite their abrupt end because he is either nice or evil enough to hit the Enter/Send bu-. 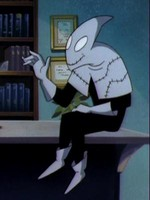 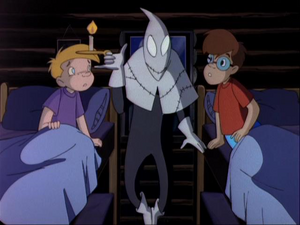 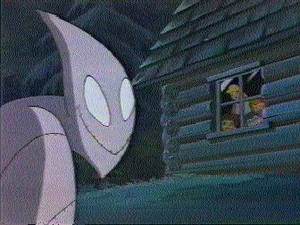 Add a photo to this gallery
Retrieved from "https://villains.fandom.com/wiki/Candlejack?oldid=3534391"
Community content is available under CC-BY-SA unless otherwise noted.