Hanging out with his cousin Cao Cao.

Help his cousin expand Wei.
Bring peace to the land.

Corrupt Official
Cao Ren is a minor antagonist in the 14th-century Chinese classic novel Romance of the Three Kingdoms by the late Luo Guanzhong, and its multiple adaptations. He is Cao Cao's youngest cousin.

In the Dynasty Warriors series he is portrayed in a far more benevolent light.

Cao Ren is fond of horse hunting in his youth. During the Yellow Turban rebellion, he gathered more than a thousand young men under his banner and traveled the territories between the rivers Huai He and Xi Jiang. Cao Cao began to mount an army to join the coalition against Dong Zhuo, the tyrannical warlord who took the emperor hostage in the imperial court. Cao Ren and his troops naturally join Cao Cao. He accompanied Cao Cao in his campaigns in northern China against Dong Zhuo, Yuan Shu, Tao Qian, and Lu Bu. Cao Ren successfully leads his troops, often launching himself in the forefront of battles.

After Cao Cao was given custody of Emperor Xian in Xuchang, Cao Cao appointed Cao Ren to the rank of grand administrator of guangyang. However, Cao Cao keeps Cao Ren close to him in Xuchang, because he still needs the bravery and cunning of Cao Ren. Cao Cao's camp is attacked by Zhang Xiu outside Wan. Taken by surprise, Cao Cao has heavy losses, including his faithful bodyguard Dian Wei and his son Cao Ang. Zhang Xiu then sued Cao Cao during his retreat to the north. In this adverse situation, Cao Ren bravely throws his men into the battle and finally inflicts a defeat on Zhang Xiu in a counterattack.

During the Battle of Guandu, Yuan Shao urges Liu Bei to harass the back of Cao Cao's territory. Leading a cavalry force, Cao Ren defeated Liu Bei. Later on, Yuan Shao tries to attack the back of Cao Cao again, but is once again annoyed by Cao Ren. The latter then began harassing the supply lines of Yuan Shao. After the Battle of Chibi, Cao Cao withdraws to the north, leaving Cao Ren to defend the strategic city of Jiangling against the troops of the Wu kingdom. The enemy commander, Zhou Yu then deploys a force several thousand men to attack the city. Cao Ren sends his assistant Niu Jin with 300 men in the battle, but they are quickly overwhelmed by Zhou Yu's forces.

Cao Ren brings them relief with a dozen horsemen and manages to save Niu Jin. Upon his return to Jiangling, his subordinates exclaim: "General, you are really a God!". Cao Ren retains the position of General who conquers the South and remains posted to Fan, in Hubei, a strategic city on the banks of the Han River that is vital to the defense of the Jingzhou. Liu Bei's general Guan Yu took Fan's possession by force. In fact, the general cuts the lines of communication and supply of Fan and divert the Han River to flood it. The stock of food is shrinking, but Cao Ren keeps the morale of his men and gets relief with the arrival of Xu Huang's troops. At this point, the flood is dammed.

With Xu Huang's forces, Cao Ren forces Guan Yu to retreat. After Cao Cao's successor, Cao Pi appointed Cao Ren General of the Carts and Cavalry, in charge of military affairs in Jingzhou, Yangzhou and Yizhou regions. Cao Ren is later promoted to General in Chief and subsequently Minister of Defense. In the last years of his life, Cao Ren defends Hefei against many of Sun Quan's offensives. Cao Ren died in 223 and gets the posthumous title of Marquis Zhong for his loyalty. Indeed, Cao Ren is still considered today as a loyal commander obedient and applying laws and orders strictly.

Cao Ren appears as a playable character in the Dynasty Warriors video-game series. 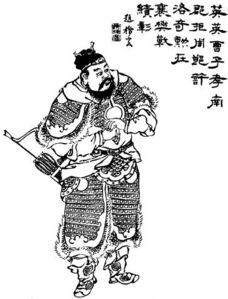 Cao Ren in Romance of the Three Kingdoms. 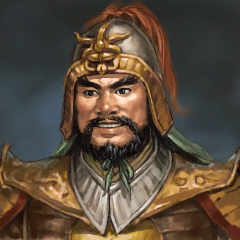 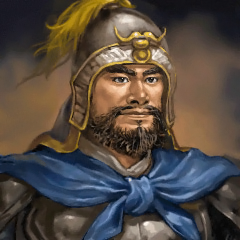 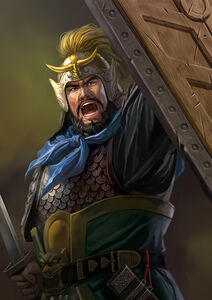 Cao Ren in Romance of the Three Kingdoms XII. 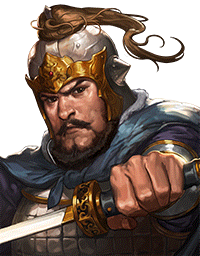 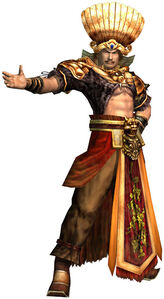 Cao Ren as he appears in Kessen II. 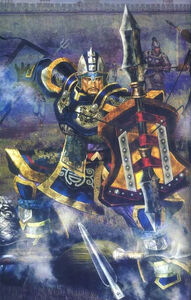 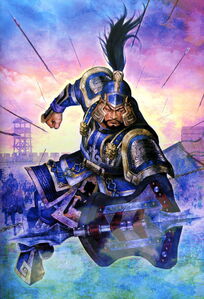 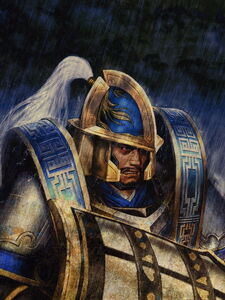 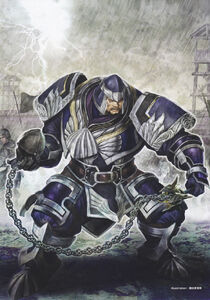 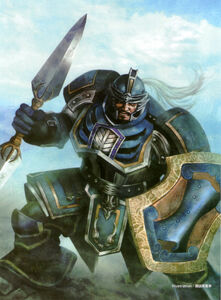 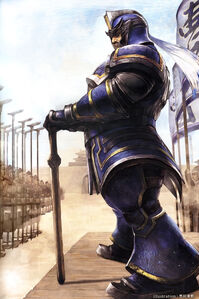 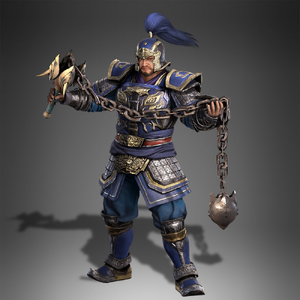 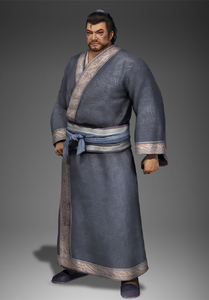 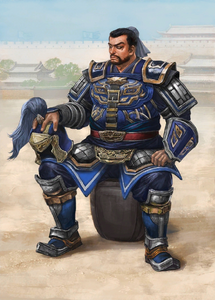 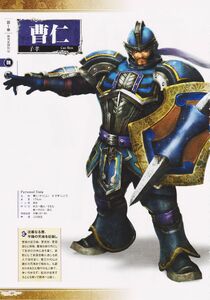 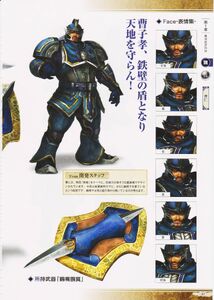 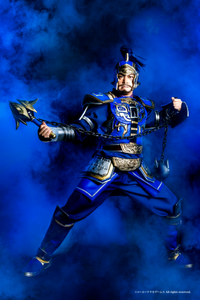 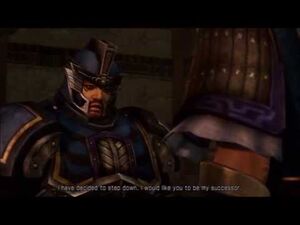 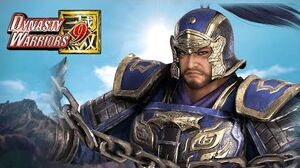 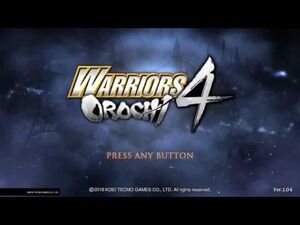 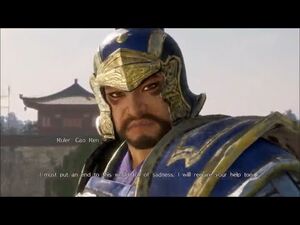