Leader of his crew

Leadership
Control over a monster

Manipulating small colonies to give him and his crew supplies

Let Aimee and Joel, alongside the other colonists be eaten by the crab monster (failed).

Cap is the main antagonist of the 2020 action adventure film Love and Monsters. He was a former Australian Marine, but after the apocalypse started to assembled a small crew, a yacht and a giant crab monster to look for helpless settlements, so they can profit from their supplies as long as possible. After they had enough supplies Cap would let the people from the settlements be a source of food for the giant Crab. Letting them be eaten alive and continuing forward to look for a new place.

He was portrayed by Dan Ewing.

Cap on the surface looks like a well-meaning, thoughtful, altruistic and empathetic man. He cares a lot about making friendly connections and being on good terms with other people, but it's because of that seemingly friendly mindset why he is able to manipulate and capture innocent people.

Even when he had the colonists in chains, he continued to be somewhat polite in his way of speaking, showing that even when he reveals his true colors, he likes the idea of others seeing him as rather reasonable person, although only for his persona and not for who he truly is.

Despite the time he spent with the colonists, he doesn't feel any sympathy for them and has no problem with letting them be devoured alive by the Crab Monster, (Who he also abuses and mistreats.) And even watches from a small tower as the Crab emerges and the colonists flee for their lives, hinting that he is a sadist. 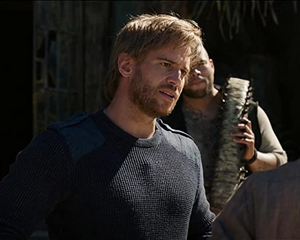 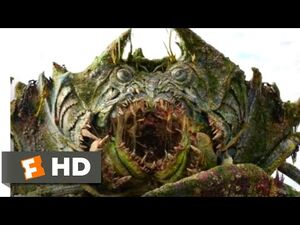 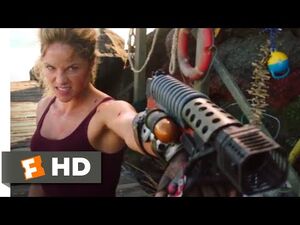 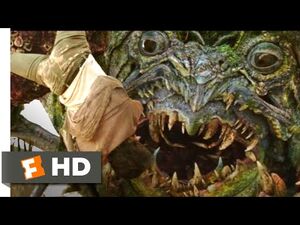