Castle in the Sky

Guns and other weaponary

Get rich at all costs.

Captain Dola is a supporting antagonist in the movie Castle in the Sky. She is the leader of her namesake band of thugs called the Dola Gang, which fights against the army.

She is voiced by Cloris Leachman in the 1998 English dub.

Early in the film viewers find that Dola is a pirate and in search of the crystal that Sheeta owns. At the start, she and her pirates board the airship and attempt to capture Sheeta. Instead, the latter slips and falls off the airship, enabling Pazu to find her floating down.

The next day Dola and the pirates disguise themselves and search for Sheeta; after a wild chase across railroad tracks, Pazu and Sheeta falls into an abandoned mine, saved again by the crystal. Dola is seen again after Pazu returns Tedis Fortress, having been told by Sheeta to "forget about Laputa". Dola then accepts Pazu into her team after he learns that Sheeta just saved his life. After the rescue of Sheeta, Dola and her pirates, along with Sheeta and Pazu, return to the "Tiger Moth" (Dola's airship) and set off for Laputa.

In the end the Tiger Moth is demolished, but Dola and her gang somehow manage to loot some of Laputa's treasures just before the castle's artificial black dome is destroyed.. 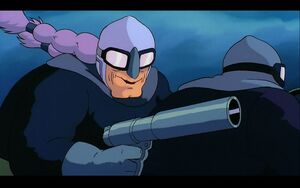 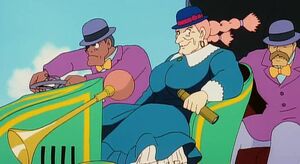 Dola with her gang 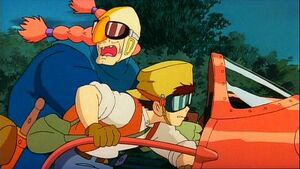 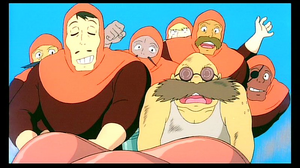 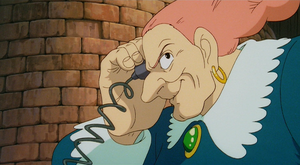 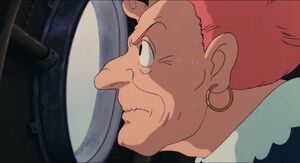 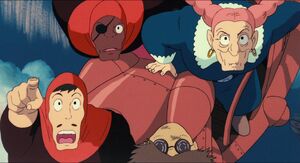 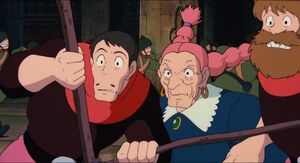 Add a photo to this gallery
Retrieved from "https://villains.fandom.com/wiki/Captain_Dola?oldid=4026811"
Community content is available under CC-BY-SA unless otherwise noted.