Klahadore
Kuro of a Thousand Plans

Captain of the Black Cat Pirates

Kill everyone in Syrup Village including his own crew and live his life in peace from the Marines (formerly and failed).

Captain Kuro is the main antagonist of the Syrup Village Arc in One Piece. He is the captain of the Black Cat Pirates and the former caretaker of Kaya under the false name of Klahadore.

He was voiced by Kōichi Hashimoto in the Japanese version of the anime, and by Joseph Murray in the Odex dub, Gary Mack in the 4Kids dub, and Kent Williams in the Funimation dub.

In general, Kuro's intelligence is of the highest caliber (having the second highest IQ in East Blue, behind Benn Beckman), whose plans have never failed in the past. He is a masterful strategist and an accomplished fighter, but he was severely hampered by the fact that he simply did not have the fortitude to deal with a pirate's life on the run from the Marines. Because of this, he decided to do anything he could to make sure he never got in trouble for his crimes as he knew the Marines would sentence him to death.

Kuro seems to be very proud of his plans, which had never failed before (hence his nickname, Kuro of a Hundred Plans). When he relived his moments of piracy, he claims his plans were too great to be wasted on his crew. He also said that he would kill his crew if they were to hinder his plans in any way. During the final moments before Luffy defeated him, Kuro lost his composure and screamed at the despair of his precious plan failing.

He also seems to like the glasses he wears very much, even though they tend to slip down his nose every so often. He pushes them up with his palms so he does not scratch his face with his Cat Claws, a symbol of remembering his murderous ways. Even despite the lens being shattered by Luffy's punch, he kept them on. The glasses are his signature belongings, and as such, he destroyed the new ones Kaya gave him (though it may be because he simply hated her).

Kuro follows the role of the blasphemous and diabolical mastermind, and continues the tradition of noticeably manipulative and cruel villains in One Piece. He held himself in very high regard, having a standard for people no one seemed able to live up to but himself. He felt nothing for the lives of others, willingly sacrificing anyone he needed to achieve his ambitions.

During his three years as Kaya's butler, he acted as a benign (though a little snobbish), trustworthy, respectful, charming, honest, fearless, and well-mannered man who carries a hatred for pirates, and as such, looks down on Usopp. He later admits that, aside from his hatred for Usopp and piracy, how much he despises this pseudo-personality; his hatred of piracy standing, the true reason is very different than that of his false persona. Judging by the severe change in personality between Captain Kuro and Klahadore, it is possible that Kuro has some degree of a split personality, if not simply being skilled in acting; the anime exemplifies the former by "Klahadore" speaking in a lighter and a very formal tone while "Kuro" has a deeper and much colder voice. Either way, his sudden change made Merry and Kaya fear him greatly.

Though able to restrain himself most of the time, to the point of appearing to be a civilized person who abhors senseless violence, deep down Kuro is a very bloodthirsty and dangerous man, a trait that comes to full effect upon seeing a crescent moon which drives him wild and even he finds it difficult to resist the temptations of violence brought on by the stage of the moon. He never really kept this trait hidden during his time as an active pirate, as his crew fear him for his ruthlessness at all times. On the night of the Marine attack, there was once again a crescent moon, which seems to have been the reason why Kuro was so brutal to the Marines on board. Even after yearning a peaceful life devoid of the needless violence associated with piracy, Kuro still found the sight of a crescent moon an irresistible lure to his old ways, leading him to unnecessarily attack Merry simply to satisfy himself; his habit of pushing his glasses up with his palm instead of his fingers, whether as a pirate or butler, is prove that he has not forgotten his killing methods. As a consequence, during the first opening of the anime, a red crescent moon can be briefly seen in the scene with Kuro.

Kuro is also shown to be ungrateful to those who cared about him. The worst example would be when he destroyed the glasses Kaya gave to him as a present out of spite. Furthermore, he went through with killing his crew despite the fact that until then, they were nothing but loyal to him. This, in turn, disgusts Luffy, who remains loyal to his crew no matter what and will never even consider killing them out unless they betrayed him.

Genius Intellect: He is the second most intelligent man in East Blue. Even though Devil Fruits are rare in East Blue, Kuro calmly came to acknowledge it as a fact when Luffy had demonstrated the powers of eating one, while many others (including the rest of the Black Cat Pirates) would be shocked to see what they believe to be a mere myth come to reality.

Enhanced Speed: Kuro can run at blinding speed, with which to deliver his attacks. He is able to run 100 meters in around 4 seconds.

Cat Claws: Captain Kuro uses furred gloves with full-length katana blades at the end of each finger. He combines these large iron claws with his impressive speed to indiscriminately slash everyone in his vicinity to death at random depths of cuts. 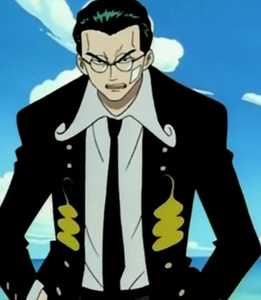 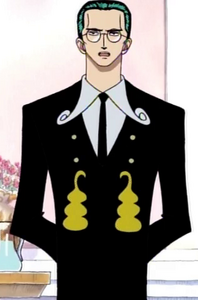 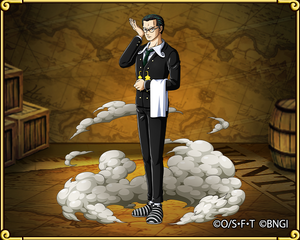 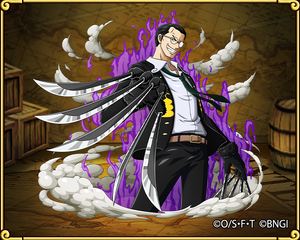 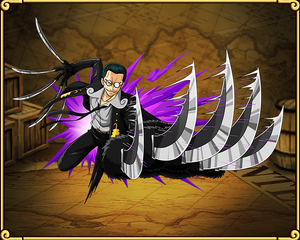 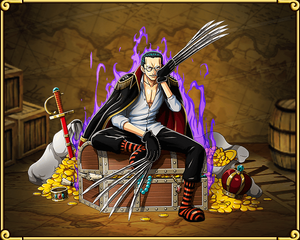 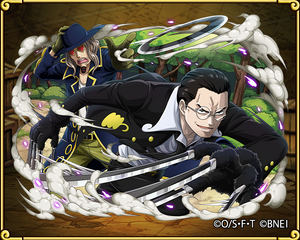 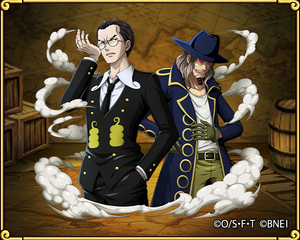 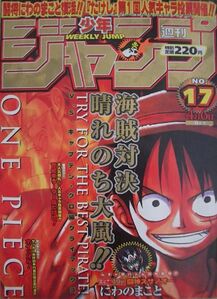 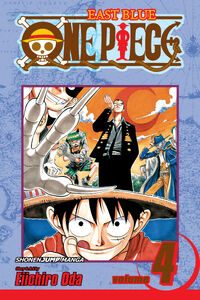