Pirate and "ruler" of the Lost Galaxy

Leader of the Swabbies

Leadership
Swordsmanship
Marksmanship
Hook can turn into a canon

Enslaving planets and their inhabitants.
Mining for jewels.
Finding a way to escape the Lost Galaxy.

Enslave the residents of Terra Ventura
Escape the Lost Galaxy.
Take over the universe for himself.

Captain Mutiny is an evil space pirate with a hook on his left arm and a supporting antagonist in the TV show Power Rangers: Lost Galaxy. He takes residence in his medieval-styled castle on the back of the Titanisaur found within the Lost Galaxy alongside the intergalactic sorceress Hexuba in her floating mansion there.

He was voiced by Mike Reynolds.

After Deviot cast the Keonta Spell from the Galaxy Book, a portal opened to the Lost Galaxy. There, the Rangers encountered a giant castle on top of a dinosaur-dragon. Inside the castle was a pirate named Captain Mutiny. At first, Mutiny showed to be a sympathetic pirate and even "offering" to help Terra Venture with their problems.

The Rangers did not believe him so they decided to keep an eye on Mutiny and even follow him. Eventually, the Rangers found out that Captain Mutiny captures anyone stranded in the Lost Galaxy, and uses them as mining slaves. At one point Deviot actually joined Captain Mutiny's crew as his second-in-command. With the help of Mike and the Rangers, Captain Mutiny's plans failed.

When Terra Venture was exiting the Lost Galaxy through a portal, Captain Mutiny wanted revenge. To get his revenge, Captain Mutiny followed Terra Venture through the same portal. When Mutiny and his crew exited the Lost Galaxy, Mutiny wanted to take over this new Universe. However, as soon as he exited the portal and started to plan on conquering the universe, Trakeena appeared out of nowhere and attack Mutiny's castle. By using the Scorpion Stinger, Trakeena crushes Mutiny's castle and replied; "There's only one ruler fit for this universe, and that's me." Mutiny's castle explodes, killing off Captain Mutiny and all the remaining members of his crew, with the exception of Deviot.

Captain Mutiny is manipulative, and cunning. He actually tries to trick the captain of Terra Venture, by saying he could help them, in an attempt to get them to let their guards down. He is greedy, enslaved thousands to dig for the jewels of his planet and killing some for not finding enough. 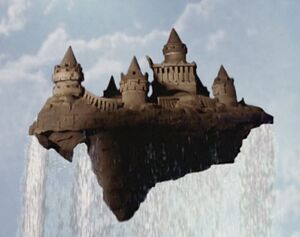 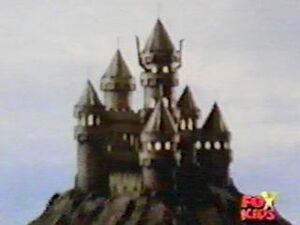 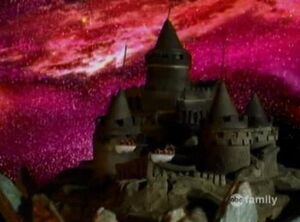 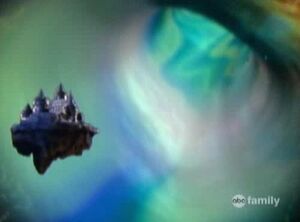 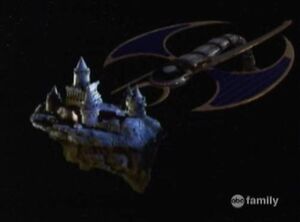 Retrieved from "https://villains.fandom.com/wiki/Captain_Mutiny?oldid=4019608"
Community content is available under CC-BY-SA unless otherwise noted.