Military officer of the Empire

Getting a lot of money.

Captain Ogre is a minor antagonist in Akame Ga Kill!. He was the Captain of the Guard Capital, and was the teacher of Seryu before he died.

He was voiced by Tsuyoshi Koyama in the Japanese version, and by George Manley in the English dubbed version.

Ogre was a corrupt military empire of using his authority as a major weapon to control the civilians, he has accepted bribes from a trader of oil called Gamal and other criminals, and innocent people often framed to take the fall for criminals.

He spent his time on patrols with his subordinates and leave the headquarters garrison, he often skirt just to drink in one of the bars of the city near of the palace. He was also the person who recommended Dr. Stylish for Seryu, as she wanted to become stronger, thanks to him Seryu decided to put weapons inside her so she could become stronger to fight against the evil. Ogre does not last long, he caused the death of the husband of a certain woman, seeking revenge the woman intended to make a request for murder to kill Ogre, for it, she got into prostitution to get the money to suffice to Night Raid accept the request, he was brutally killed by Tatsumi in a stroke of anger, after he threatened to annihilate the client and her family in front of Tatsumi.

Ogre was talented in the use of swords and martial arts, through this talent earned him the nickname "The Demon". He had formidable fighting ability in strength and brutality. He also had an incredibly brute force like a giant, however, his movements were slow and easy to dodge. At some point in history he became master of martial arts and taught his minions how to fight. 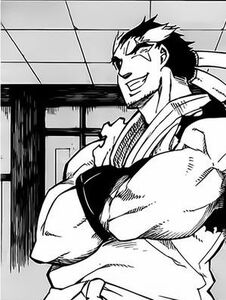 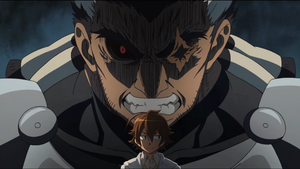 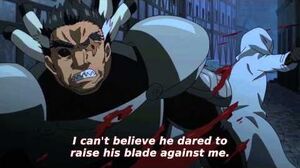 Retrieved from "https://villains.fandom.com/wiki/Captain_Ogre?oldid=3472924"
Community content is available under CC-BY-SA unless otherwise noted.