Captain of the Black Sugar Gang

Maple Syrup, better known as Captain Syrup or simply Syrup, is the arch-nemesis of Wario, and the main antagonist of the Wario Land series.

She is a high-ranking female pirate who is in charge of the Black Sugar Pirates and has an infamous reputation. She serves as one of Wario's recurring villains that Wario himself considered to be his most opposed nemesis second to Mario. Because of this Syrup has been the main antagonist of multiple Wario Land games. When it comes to treasure, her greed rivals Wario's own.

Like many Wario characters, her name is a pun on food - this is a trend a few Wario villains have (such as Terrormisu and Count Cannoli).

Captain Syrup makes her first appearance Wario Land: Super Mario Land III, she is the captain of the Black Sugar Pirates (called the Brown Sugar Pirates in this game), and as the main antagonist. Wario, after losing his treasure and his castle, sets out to find new riches, and comes to the conclusion to get treasure by stealing it from someone else, who just so happened to be Captain Syrup.

During the battle, Syrup summons a Genie from a magic lamp, and hops onto its shoulders as the two fly around, shooting fireballs at Wario. Eventually, Wario defeats the genie; however, Captain Syrup escapes by blowing up her own castle, promising to get her revenge.

Captain Syrup returns in Wario Land II, where she raids Wario's Castle along with her right-hand men, stealing his treasure. As such, Wario returns to Kitchen Island to retake all the treasures that were stolen from him. Wario battles Syrup several times during this adventure, where she throws bombs, dashes at him, and controls a robot from one of her various aircrafts. Eventually, Wario defeats Syrup in combat and takes back all of her treasures. After Syrup's final defeat to Wario in this game, she was not heard from for a lengthy period of time.

In her first appearance in over a decade, Captain Syrup returns in Wario Land: Shake It!, featured as a protagonist. Captain Syrup is first shown robbing a museum for the Ancient Globe, which she uses to witness the capturing of the Merfle Tribe by the Shake King. She also finds out the existence of the Bottomless Coin Sack, which is owned by the Shake King. Wanting the treasure but not wanting to get her hands dirty, she sends a Merfle to lure Wario into the Shake Dimension with the promise of treasure, sending Wario on a quest to unknowingly retrieve the Bottomless Coin Sack for Captain Syrup.

Captain Syrup's role in the game is to sell Wario maps of the different continents of the Shake Dimension at the Pirate Shop, which also sells healing items. Captain Syrup is shown to flirt with Wario, calling him "handsome" on several occasions. At the end of the game, Wario takes the Bottomless Coin Sack for himself, but Captain Syrup takes it while he's not looking and runs off.

Captain Syrup appears as a grab type primary spirit. Her spirit battle is on the Pirate Ship and is against Bayonetta and a giant King Dedede (representing the Genie from Wario Land) that is easily distracted by items that is pulled towards him. 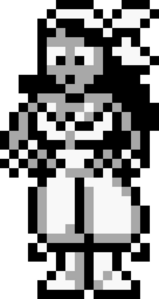 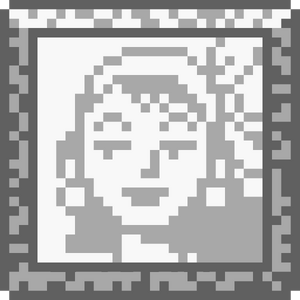 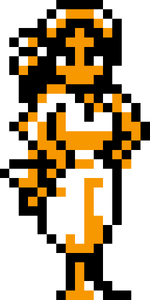 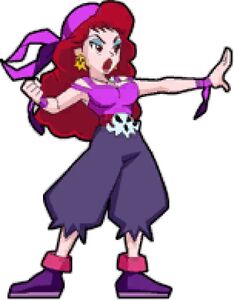