Kill people he sees as evil.

Carl Finster is a major antagonist in the crime-drama TV series Criminal Minds. He is a mentally ill and delusional vigilante who was born with a rare condition where he can literally see peoples' words as they speak, and the main antagonist of the Season 8 episode "Magnificent Light".

He is portrayed by Raphael Sbarge.

Carl Finster was born with a neurological condition known as synesthesia. The condition manifested itself as the ability to see peoples' words in colors. In both childhood and adulthood, Carl was very socially inept because of it and regarded as weird or not wired right. When he was ten, he had a dream that his condition was a superpower and he was a vigilante who murdered evil people along with a partner. The dream made Carl feel alive, however, because his condition made him feel like an outcast, he tried to hide it and even cover it up, wearing blinders, but nothing helped. As an adult, Carl eventually began to think the color of the words related to what type of person the speaker was, with red being evil, green being envious, orange being liars, and white being good.

One night while Carl was in a bar, he saw a man whose words were red and was in his own words "the epitome of evil". He tried to warn the police about the man, but they hung up on him. Six hours later a carjacker killed a mother and her baby. Hearing about it in the news, Carl was convinced that it was the guy from the bar. However, it wasn't, and another criminal was captured and confessed to the murder. Despite this, Carl deluded himself into believing that it was the guy from the bar, and that he could've saved the mother and baby, had he just killed the guy himself.

At some point in his life, Carl got a job as an accountant at a bank. However, his condition caused him to judge the people over the phone and when he'd see their words as red, he'd lose his temper with them. One of his co-workers filed a complaint against him and he was fired. Feeling like a loser now, Carl was gonna attempt suicide when he discovered a motivational speaker named Barry Flynn whose words encouraged him to use his condition to help others. Carl took this as to mean he should become what he was in the dream, a superhero who kills evil people. Sometime when attending a Barry Flynn seminar, Carl saw a man named Lincoln Bell whose words appeared as red, interacting with Barry. After the show, he followed the man home and slashed his throat, leaving red paint on the wall that said "Hear Your Evil, See Your Evil".

In the present, Carl goes to another Barry Flynn seminar and finds another "evil" person interacting with Barry. Afterwards, he follows her home and slashes her throat, leaving the same message on her wall. 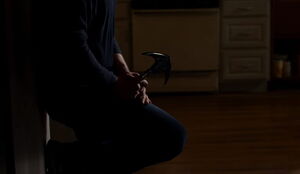 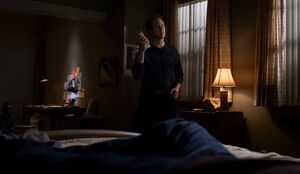 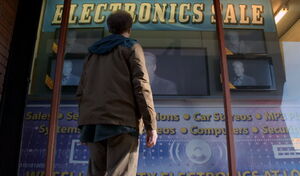 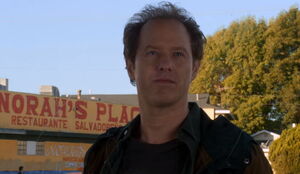 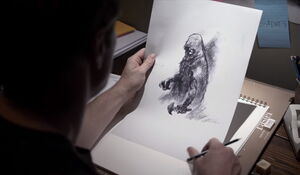 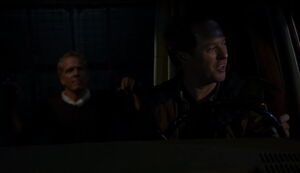 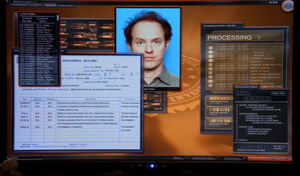 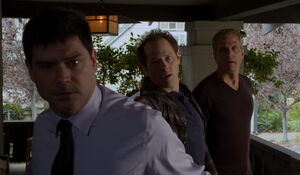 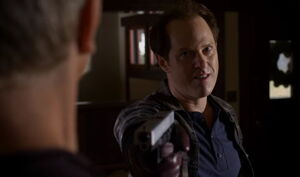 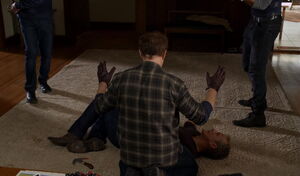